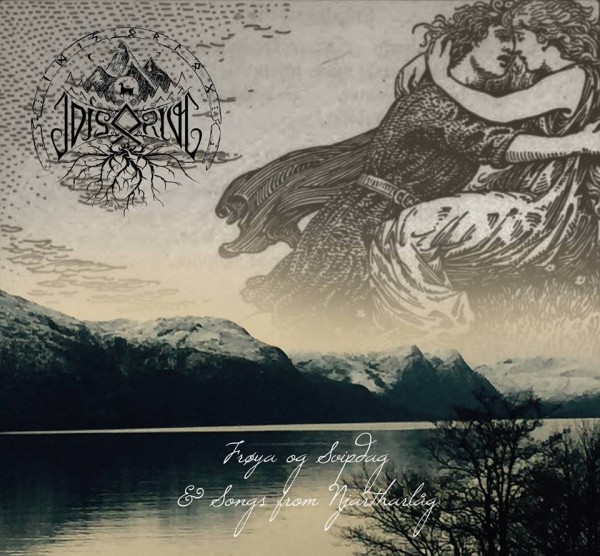 Commanded by Witchblood composer Megan Leo, Idis Örlög creates acoustic folk music with accompaniment by flutes, pipes and other indigenous European instruments, sounding very much like a better version of the Celtic and German pagan folk bands which show up at Renaissance Faires across the United States. What makes The Spiral Tide of Seasons stand out is its capacity for capturing a mood that is less influenced by popular music and more concerned with the timeless and original, expanding on its themes with a perspective that carries forward the eternalist thoughts of black metal into a new genre.

Songs feature guitar as the primary instrument but are guided by Leo’s voice, which is alternatingly soothing and harsh, and uses that variety more in the way a storyteller would than in the flattering methods of bands you hear in bars. Absent are excessively hookish choruses over decorative verses, and in their place songs find a gentle pace of narration which allows lyrics and sound to coexist much as they have in the bardic tradition for centuries. As each song develops, it achieves a different kind of intensity by melding and subtracting the different layers of voice and instrument, shaping not just an atmosphere but a relationship between the vocals and the individual human. Although an acoustic guitar features primarily in this process, the style of playing more resembles the selective picking of unique textures of black metal than the rote application of known crowd-pleaser patterns that you find with coffeehouse ballads. These songs find their own pace and their own destination, which allows the instruments and vocals to follow along like a descriptive chorus, instead of shoving “emotional” moments into our faces repetitively like the kumbaya rockers do.

While many of us are still scarred from the burst of popularity in the 1990s that brought us Jewel and other new age acoustic folk players, Idis Örlög takes a different pace which more resembles the tradition of sung poetry than the popular music tradition of self-based description. Its songwriter knows how to make a phrase not just infectious to the ear, but develop over time into an appreciation within the listener for it and its related musical ideas, crafting a varied and unfolding experience while detaching its audience from the mundanity of everyday existence and immersing them in a different world.