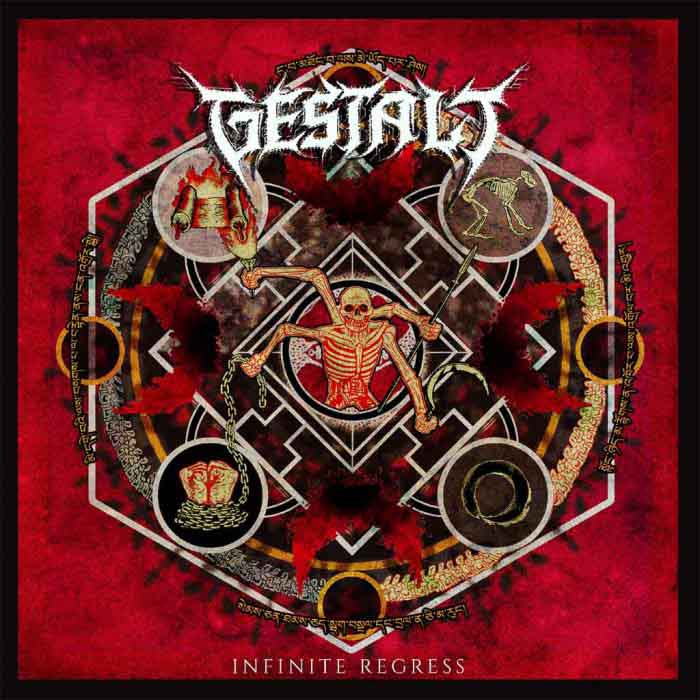 More black metal from the people who do not understand black metal. This is in the now popular style of pseudo black metal that sounds like war metal trying to be progressive. This lot probably new about black metal through the profound music of Michael’s Pink Frothy AIDS. Incoherent as it is flat, Gestalt identifies itself as modern by the insistence on arranging awkward juxtapositions and superimposed elements that do not match in the least. Keyboards that were not there before jump into the fore with no warning only to disappear and never return again in the song. Maniatic blast beats that underscore nothing except the fact that they are trying to play intense music followed by macho man riffs, only to slide into quiet endings or bridges that seem placed there because they simply could not think of anything else to put there.

Even the average metalhead will know to stay away from this circus motley outfit pretending to ironically catch a pulp fantasy sort of occult imagery backed by equally uncompromising profoundness — or so their kind say in this sort of empty words. As the late bitterman (where art thou? we could use you) would say: Vapid. Avoid.