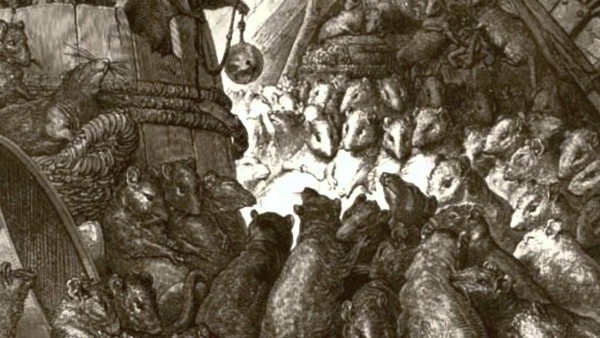 With the recent release of Kaeck Stormkult, it seemed a good time to look into the members of the band that is leading the charge toward primal yet melodic black metal. Two members of the group come from Noordelingen, a black metal band from the Netherlands, and were placated with the carcass of a fresh-killed hipster for long enough to conduct this interview.

Oovenmeester: I think it began in 2010 as a spontaneous project. I had the lyrics already and Swerc was up for a new project.

I believe Swerc is going to put the Noordelingen album Vaelt on YouTube soon. A real release would be cool though.

What does the name mean?

Oovenmeester: The name means “those from the north” Or “dwellers of the north.” We both live or have lived in Groningen which is a province and city in the northern part of the Netherlands. And I have a lot of affiliation with both city and province. The lyrics used in Noordelingen are stories based in a medieval, fantastical version of this region. Where drunk horses graze under a brown moon, giant homarids look for the rare and valuable substance known as URFT and de kattenmepper van Groningen (the cathunter of Groningen) can be found stalking the streets.

It is different from the term “Noorderlingen”?

Oovenmeester: I think Noorderlingen is the official Dutch spelling, but that’s just not right for us. Just not right… It doesn’t have the right taste.

Who is in the band?

What were your musical influences, and how did that change as you began writing?

Oovenmeester: I think Lugubrum is a very important factor for me. They have absurd lyrics which I really like. With a similar smell and feeling.

Musically you can’t compare it to them, while Noordelingen is more melodic and faster.

What material have you released, and how do people get it? Is there any source of news or information on the band?

Oovenmeester: just follow your nose. Furthermore, there is nothing official out, but I believe Swerc is going to put the Noordelingen album Vaelt on YouTube soon. A real release would be cool though.

I understand you’re now involved with KJELD / SAMMATH members in a project named KAECK. How did this come about, and how is it different from NOORDELINGEN? Will NOORDELINGEN continue?

Oovenmeester: I was asked by Swerc to provide lyrics and vocals for Kaeck. Its content and style are very different indeed. Kaeck is about visiting dark places in your mind. And has a more to the point aggressiveness in it. Where Noordelingen has more of a filthy vibe to it. We will probably continue Noordelingen at some point. But we have nothing planned yet.

We do this for ourselves. If others like it as well, then it’s just a good bonus.

Is it hard for quality black metal to get noticed these days?

Swerc: Depends of what you mean with ‘noticed’ actually. If you want interviews, tours and lots of releases, then yes. But I think the scene is very active and always looking for new quality music. If you are good enough, you will be noticed. But that’s not our priority. We have a very busy normal life, so ‘getting big’ isn’t our goal. We do this for ourselves. If others like it as well, then it’s just a good bonus.