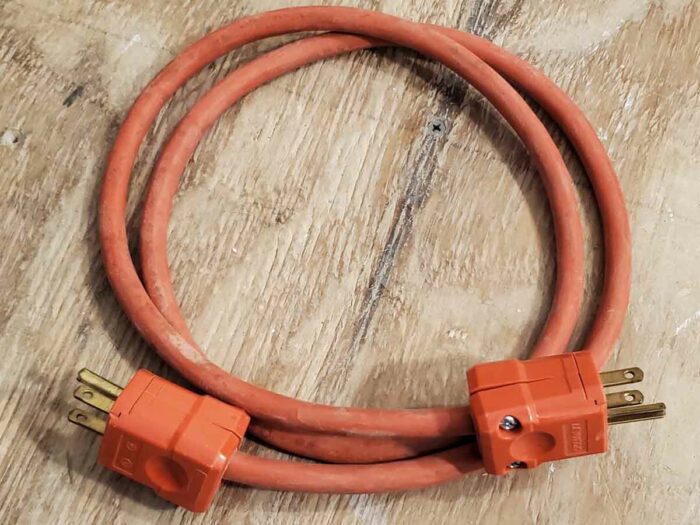 Imagine a genre: it succeeds, so then all these lost people come in and make their own versions of it, trying every possible variation. Soon the field is so full of weird instruments and odd timings that all of it sounds just about the same, and no one can pick a good band from a bad one. This is heat-death:

END_OF_DOCUMENT_TOKEN_TO_BE_REPLACED

This world is composed of snares that waste your time. Their job is to reach out, grab you, and destroy your chances of doing anything more impressive with those moments. One snare is nostalgia. It’s Pavlovian. A scent, a sound or a shape reaches out to your senses and before you know it, a chain has formed in your mind. You’ve linked this new thing to a happy older memory and by sheer impulse, since memory is more idealized and thus sweeter than present tense, you just leap into enjoying it. It’s only later that you realize it’s empty. 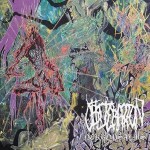 Borrowing the aesthetic of nocturnal death and grind from Carbonized through Cadaver, Obliteration make a type of doom-death with heavy metal underpinnings that is very easy to listen to. Indeed, hours can pass while you listen. It may in fact be like being dead. There’s nothing wrong with this sort of pleasant withdrawal from active participation in life. However, although it doesn’t have any negatives, it also doesn’t add any positives. This is basically riff practice shaped by tempo into songs, sort of like those “modern art” sculptures made from whatever the artist had at hand. “So then I welded the dildo the engine block, wrapped the condoms around it, dumped paint on it and put a doll’s head on top.” Songs catchy and you’ll have a few favorite parts. Over time you will start hearing the lifts from Slayer, Deicide, Mayhem and others. Eventually this will leave you feeling empty. You will realize that these are riffs and nostalgia and nothing more. Total time elapsed: two weeks. 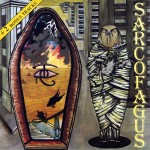 As I go through life, it amazes me how many people know so much and yet can do nothing with it. They are able to memorize the outward details and even excel at that, but their understanding of the structure beneath is lacking so what they produce sounds like an imitation. This band, who are painfully awful and remind me of everything that makes metal loathsome, are an Angel Witch clone who through in more of the moddish blues and rock influences of the late 1960s and early 1970s to try to differentiate themselves. I don’t mean to be cruel; this is just painfully bad. It is not cliches, but rather slight modifications of known riff archetypes jazzed up with a little bit of well-studied technique, thrown together randomly. These aren’t songs; they sound like songs. They are imitation from the outward in, a student emulating the masters without grasping what motivated them. Turn it off… this is cringeworthy. 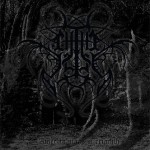 Gosh, we all remember the day we first heard Demilich like we remember the day we first “got it” with many iconic metal bands. That day is gone and will never be back. If you try to bring that day back, it’s like believing that a gold-plated aluminum idol is a god. You can’t restore that day by imitating it. Just like it wasn’t the beer, the temperature, the cycle of the moon, etc. that defined the day you remember as “the best day of my life,” it isn’t the outward characteristics that make Demilich. It was a vision in the minds and souls of its creator that was became the freaky music you know because that ecclectic combination was the only means to express what needed to be said. Imagine “It’s Raining Men” sung by heterosexuals; it just doesn’t deliver. Demilich isn’t its own style. Demilich is whatever motivated those artists to see the world a certain way and then express it. That being said, this Ctheilist album is an attempt to imitate Demilich and Timeghoul but because it’s outward-in emulation, it ends up being all technique. Underneath this is a very basic death metal album that uses relatively normal chromatic and minor key progressions, riffs and stylings. It resembles a collision between Nocturnus and Broken Hope. It’s quite good for that zone, but it’s not Demilich and while the tribute is touching, it doesn’t make this relatively ordinary music any more interesting. 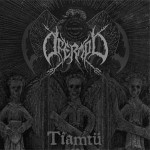 It’s hard to dislike this band aesthetically because it imitates the best era of Mayhem, the De Mysteriis Dom Sathanas year(s). Makes you want to kick back, open a beer and a light up a church, right? However, all things that are aesthetic without soul are pointless. Soul means a principle of organization that the artists want to express and communicate. It may be a feeling, a shape or a memory. But it is being expressed, or rather described, as the song takes you from a place of ignorance to a place of doubt to knowledge of the whole thing. When bands have no soul, it is because they are imitating the aesthetic of something. They are like OJ Simpson’s defense lawyers. However, there is no highest principle of organization because it is a checklist of things that imitate the past with no core, no center, no idea behind them. This album sounds like Mayhem’s Wolves Lair Abyss done in the style of De Mysteriis Dom Sathanas, since it cycles like circus music and goes nowhere. Beware nostalgia, it is a death grip on your soul. 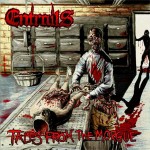 Entrails – Tails from the Morgue

Swedish death metal is the sleeper hit of the last 21 summers. Even babies and dolphins love Swedish death metal. Combine the crunchiest distortion possible with simple melodies and aggressive tempo changes, not to mention the characteristic use of textured strumming to give each piece an internal rhythm, and you have pure win as far as metal style goes. It’s like the phrase “do it for the children” in a political speech. But what made the greats great as opposed to footnotes like everyone to follow is more nuanced. At the end of the day, it’s two things: songwriting, and having something to write about. The best Swedish bands had about three good albums in them while they unleashed their perceptions as shaped charges of emotion mated to careful realism. The result was a shuddering cascade of layered sensations of total alienation that conveyed how intelligent people saw the yawning abyss of post-1980s modern society. And then there are those who imitate this, and like a costume ball or a carnival, it must be “fun” because it has no content. The immaculate production on this record is like a doctor’s rubber mallet tapping the knee, because the reflex jerks… and that’s about it. The lack of any further depth and the insistence on using the antiquated hard rock cliches of the 1980s makes this dubious, but the real absence is anything to tie these songs together and make them anything but jam-room projects. Might as well write “NOT Left Hand Path” on the cover to warn people. 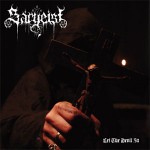 Sargeist – Let the Devil In

Post-1996 black metal is out of ideas. For example, how many times can you imitate “Bergtrollets Hevn” and “Måneskyggens Slave” (Gorgoroth) before you truly admit you’re using Silly Putty to life an image from a newspaper, then pretending it’s the real thing? The vocals on this album surge so consistently that it sounds like someone riding a merry-go-round while screaming at the top of his lungs. Despite an obviously intensive and thorough study of older black metal (probably with note cards and those little colored tab things in a binder) Sargeist has none of what makes the songs good. Like Ancient, it tends to like to use melodic minor scale patterns and then drift into more cheerful whole intervals, creating a sense of lifting out of darkness. Unlike Ancient, this band has no idea how to structure songs; these don’t go anywhere, but cycle around until you’ve heard all the good parts, and then evaporate. It’s tempting to want to like this because it’s catchy, sounds like old black metal from a distance, and isn’t all wimpified like more recent black metal. But it’s missing that core, the substance and the unique beauty that black metal found in darkness.

Remember, nostalgia is a way of thinking that says your best days are behind you. You might as well write VICTIM on your forehead (remember to do it backwards if you use a mirror). The best days are ahead. They may not look like the old days, but that’s what life is all about: structure, not appearances. Celebrate the best of the past, and redouble your efforts toward a better future. There’s no reason you can’t do it at any age; Milton wrote Paradise Lost in his 80s, Raymond Chandler got published in his 50s for the first time, and Brahms was in his mid-40s before his first symphonies saw a performance. Take heart! Charge forward! Take no prisoners (and if you do, sodomize them)! Kill! Fight! Win!