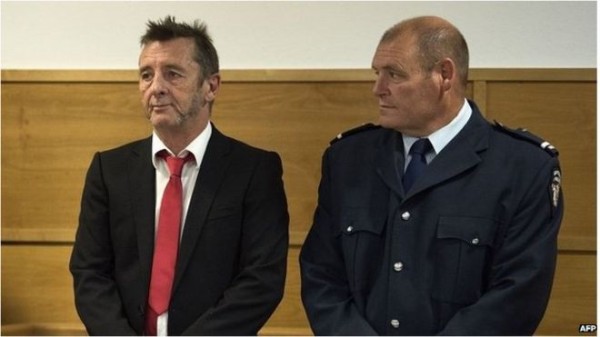 We knew the band carefully cultivated a bad boy reputation, but now it may have gone too far. AC/DC drummer Phil Rudd has pleaded to attempting to hire someone to kill a former business associate, in addition to possession of methamphetamine and cannabis. Here’s the BBC with the report:

Mr Rudd was concerned that security at the launch party at his restaurant Phil’s Place was not tight enough, according to the court summary.

A month later, the court heard, he telephoned an associate saying he wanted one of the people he had fired “taken out”.

This most unfortunate development looks more like self-destruction than a realized plan. Rudd apparently also threatened the person in question via phone, which makes us wonder if he was trying to avoid prosecution at all.