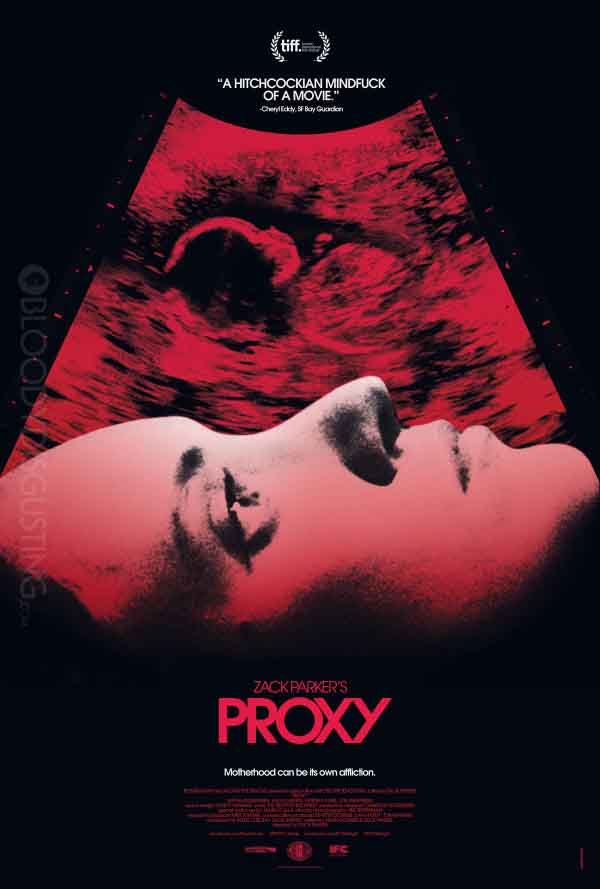 The genre of psychological horror often gets ignored because it does not deliver the tangible impact that sheer horror does, but unsettles the watcher as in the coming days that person contemplates what he has seen. Proxy attacks psychological horror by combining Swedish introspective cinema with the type of suspense found in movies like Psycho, delivering what is ultimately a biting critique of modernity.

Without giving away the plot, this movie involves the tendency of people to project and transfer their own psychological drama onto others, centered around the idea of family. In this film, people treat others like objects of their own egos, which creates secondary consequences that render characters unable to stand themselves. Through prolonged psychological exploration, including an insight into the way the world appears to those who are intensely lonely, this film explores the sources of modern alienation and why this society starts us out as alienated isolates from within our own families.

Filmed with more of a sense of intense subjective awareness than an objectivity which the camera always betrays, Proxy explores the confrontation between detached and disaffected young women and their attempts to start their own families. It shows how people project, or live vicariously through others by assuming their role in a narcissistic conception of self, and then undergo transferrence, or conditioning their own happiness or sadness on the acts of others. These conditions like PTSD and other mental afflictions follow a binary progression, in that the person holds on to the reality they can parse for as long as they can but when it cracks, it does so violently and leads to a culmination of violence and emotion that are perfectly paired into poignant yet devastating circumstances.

Like any movie tackling the inner workings of the human mind, this film touches on subjects which many of us would rather not witness because they reveal too much to us of our own fears. In particular, it has a sense of being Generation X art, reflecting the wave of children who growing up under manipulative families tended to wall off huge areas of life and stick with only what they know and trust, probably because their own parents viewed them as accessories for showing off (or blaming) like owning a British motorcar. The characters in this find no peace and no contentment as they rage through life, tricking their own perception into creating what seems like what they desire, only later finding the hollowness within, and the rapid transition to danger caused by illusion and its collapse.