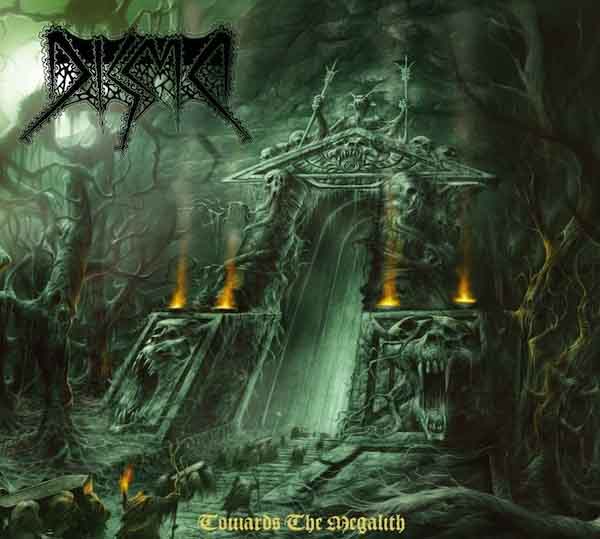 This editorial addresses the imbecility of the outcome of banning Disma from these fests or other shows. Since removing Disma from the playbill has become a bandwagon phenomenon, Sturmfuhrer and Nazism have benefited. If these fests would have let Disma play, it stands to reason that fewer people would have been “affected” than have been reached by the news of banning them. As Pillard and countless other have correctly pointed out, Disma is not invested in political stances. They’re a fairly standard death metal band offering fairly standard death metal lyrics and themes. In fact, they’re so standard that the Netherlands Deathfest said this:

Funebararum may or may not be equivalent (ironically it shares a drummer with Disma). But the passive-aggression in the second part of this statement typifies the mindset here under discussion. What they really mean to say is “If you wanted Disma, you’re a Nazi because now that the story is out you couldn’t possibly like Disma because they are a relatively middle-of-the-road doom/death band-you must follow in lock-step the condemnation of what we condemn.”

Disma fans who know of Pillard’s association with the aforementioned band and ideas are surely not legion. Other fans who like Disma as Disma may not have known much about it at all. While there’s no way to know how many of the latter would be ‘reached’ by the former, the number of people ‘affected’ by ‘exposure’ to Disma and their fans surely would not have been overwhelmingly unsettling.

But banning Disma has had a reverse effect. Rather than disassociating themselves from the problems listed above, the actions of these promoters have generated a wave of ‘reporting’ in the metal press that has carried the ethos they sought to exclude to an audience far larger than any fest would draw. As the ‘news’ spread, so did the imagery and ideas that the fests claimed to oppose. As often happens in a media frenzy, the reporting of the ‘problem’ results in the promotion of it.

MetalSucks, Metal Injection and other cut-and-paste journals wasted no time spreading the story, modeling their best bandwagon morality, adding their outrage to the outrage. But for reasons that do not make any sense to me at all, they chose to splatter a swastika-clad CD and screen shots of Pillard’s statements all over the internet. Undoubtedly the purveyors of this story would argue they are being accurate and thorough, but the proliferation of these ideas in any form actually incites the very mania these people claim to fear. They hate these ideas, they say, and yet knowingly make them available to a larger audience than letting Disma play at all the fests would ever have done.

And I’m guessing that people who advocate for Nazi or right-wing positions are not terribly afraid of MetalSucks or Metal Injection being outraged about anything, but they are undoubtedly delighted by the idea of these images breaking into a medium that they would never be included in otherwise. It makes these fest promoters and ‘journalists’ accessories after the fact.

After all, somebody once associated with propaganda said that people will believe a square is a circle if you repeat it enough. Circling Disma like vultures circling a carcass has drawn far more attention to these ideas, repeating the unintended message as much as the intended one. Being so against something that you expose its artifacts to the entire world in an attempt to lessen their impact is about as logical as believing in God.

Correction: the wrong image was used with this original post against the author’s wishes. We regret this oversight.