It sounds like K. K. Warslut has achieved his humble goals for Wildfire if “Live and Burn” is anything to go by. This promotional single sounds like a fairly by-the-numbers bit of 1st wave black metal worship. The aesthetics are modernized, the songwriting is intentionally basic, and so forth. Wildfire seems to still be on the schedule we mentioned when we first wrote about its upcoming release a few weeks ago. I don’t know how long this is going to stay in anyone’s rotation, but it sounds like reasonably good party metal and a safe bet at live shows, including their upcoming tour in Europe. 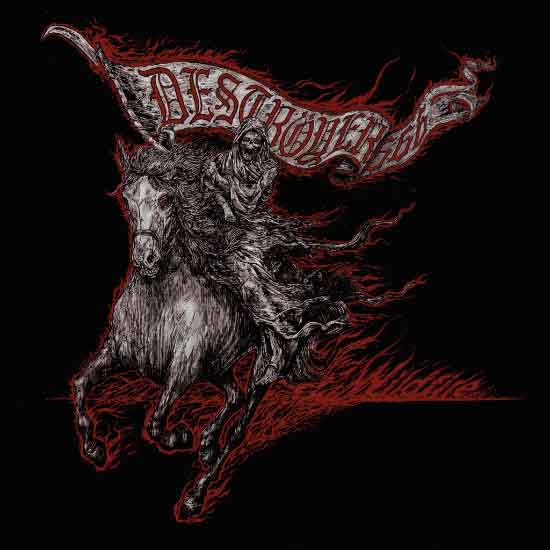 The guy who went to Black Flames of Blasphemy VI seems to have liked them – Destroyer 666 is returning with a new studio album after 7 years of inactivity on that front. They’ll presumably continue to be a partial throwback to ’80s first-wave black metal on Wildfire, which is currently set for release on February 26th. The band’s frontman, K.K Warslut commented on the artwork his band has procured for this album, saying that he “…was after something very simple and very metal, being sick to death as I am with pseudo-occultniks dressing everything up in the garb of mysticism.” It’s probably not just him, although the local occultists here at DMU might take issue with that. After this album’s release, the band has a few tour dates lined up in Europe for 2016.