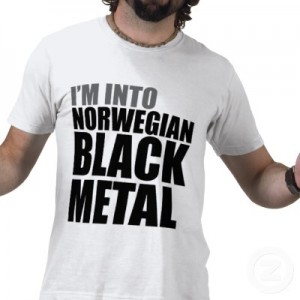 There was once a moment in time when black metal, like all great artistic movements strove to express something eternal, whether that was the paradoxical juxtaposition of beauty and death, the joy in battle and the growth that ensues due to struggle, or the essentially inexpressible infinite cosmos.

One of the more salient features of the nascent black metal scenes was the romantic obsession those involved had with the past. Black metal’s obsession with bygone ages pointed to a nascent, articulated, although perhaps not fully defined, desire to rediscover traditional knowledge, including the mythology, and the social and traditional norms that defined their venerable, Indo-European culture, namely Norse. As these individuals invaded the undergrowth of wisdom distilled in the remaining works of bygone ages, listeners, onlookers and now later historians were and are provided with a glimpse into the workings of a movement that pre-eminently strove to rediscover lost wisdom and to participate and explore the multifaceted plains of reality, and its highest level therein, namely the Supreme Principle. 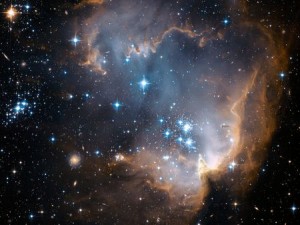 This desire to participate in the highest level of reality can be used to shed light on the enigmatic drive to self-imposed anonymity, such that these original European Mystics indeed strove towards. As we traverse the iconography and interviews, or lack thereof, of the original black metal scene we are forced to recognize the tools by which these individuals imposed anonymity among themselves; one recalls the corpse paint, used primarily although not exclusively to obscure their physical attributes. Indeed, we recall, the use of pseudonym to obscure, nay to eschew their name and ego. Recall lastly, the ambiguous relationship these individuals had with media, in itself the pre-emptive tool for modern ego worship, as either non-existent or outright hostile. Regardless of later sensational developments in the scene, the originators reveled in a mystique of anonymity that pointed not to a new marketing gimmick but rather to the participation in a higher principle or reality, from which peek their ego and its gratification seemed comic.

The Main purveyors of the early black metal scene, and especially the Scandinavian Mystic Varg Vikernes seemed to be in fact consciously aware of this higher reality, from whence all proceeds. Commenting on the “illusory” nature of material reality, and its reliance upon a higher principle for its substantial and formal manifestation, the lyrics of “Lost Wisdom” proclaim:

While we may believe, our World, our reality
to be that is, is but one manifestation of the Essence 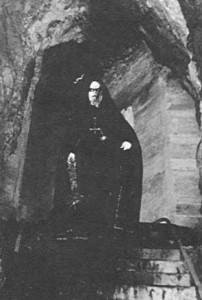 Although such an outright recognition of the Supreme Principle is rarely encountered as explicitly in other black metal bands of the time, the anonymity and symbolism utilized by many of the protagonists within the scene, for example Enslaved and their conscious decision to explore the themes surrounding the Norse gods and the profound metaphysical symbolism implied therein, seems to point to an implicit recognition of higher principles, and perhaps the higher principle itself, from whence an expression of anonymity logically follows.

Rene Guenon teaches us that it is a mere modern deviation from the Supreme Principle and traditional doctrine that has led to current notions of crass individualism, ego worship and “originality”. Current artists are very nearly obsessed with having works attributed to their ego, and such modern profanities have even led scholars on an endless search to provide the public, and novelty seekers, with the names of those artists who completed Medieval masterpieces. Of course these Medieval artists, due to their participation in the higher Principle from which all things emanate, had not the hubris to associate their works solely with their own ego. Likewise, a search for traditional knowledge and the participation of and recognition of a supreme Principle led to a general anonymity amongst the original black metal adherents from Norway. This participation precludes the notion of anonymity described as “infra-human”, implying the dissolution of a particular in a crowd, but entails rather a participation in a higher supra-individual order. Consider the words of Rene Guenon:

The being that has attained a supra-individual state is by that fact alone, released from all the limiting conditions of individuality, that is to say it is beyond determinations of name and form that constitute the essence and the substance of its individuality as such; thus it is truly anonymous because in it the ‘ego’ has effaced itself and disappeared completely before the ’Self’

– Rene Guenon, The Reign of Quantity and The Signs of the Time

The key to understanding what has been said above is to recognize that in this case the Ego has effaced itself in the face of the higher Principle from which it has emanated, nay from which all things, states and possibilities emanate, while in itself remaining unaffected and unchanged by this manifestation. It is the ego that produces the “subject vs. object” sensation and produces the dichotomy of “I and Thou”. However, participation in the Supreme Principle implies a transformation, in which one becomes consciously aware that all of existence is indeed one, and that all must fundamentally be attributed to It, the Supreme Principle. Indeed, all dichotomies will have been overcome, the barriers of subject versus object will have been overcome, and one will attain immortality. Hence, in aspiring to this reality and perhaps participating in it, Black Metal musicians were quick to live among the shadows, obscure, nameless, formless, recognizing themselves and their works as naught but one of the infinite possibilities inherent in the supreme principle. It should therefore come as no surprise in connection with these thoughts that certain musicians chose such pseudonym’s as if to reflect cosmic principles, representative of the venerable Indo-European tradition of the Norsemen.

Delving deep into primordial traditions long forgotten, those Scandinavian mystics seem to have uncovered long forgotten mystic truths, hidden within the depths of the most primordial of the Indo-European traditions – Hinduism. It should come as no surprise to those familiar with Indo-European traditions that a study of, and adherence to strict Traditional principles, a fascination with the Norse Legends combined with some occult influences, however badly understood, would lead the black metal warrior down the road of ‘Self’ discovery. It is well known that Odin himself is etymologically derived from Gwoden, another name for Indra, a God venerated as the leader of God’s in the Hindu Pantheon. With the inherent and complimentary relationship between these two Indo European worldviews, namely Hinduism and Norse Mythology established, not only etymologically but through the recognition that all true traditions aspire to the same essential goal, realization of the Supreme Priciple, it is fair to conclude that both contain within themselves the seed for mystical realization, or a knowledge of the “essence”. Of necessity, we turn to Hinduism, a more complete metaphysical system to fill in some of the blanks as to what Vikernes and company were aspiring to during the apex of the black metal phenomenon. 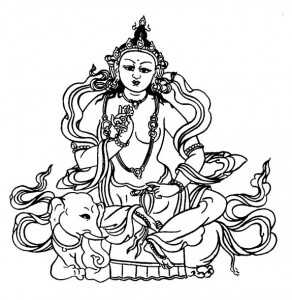 According to Hindu tradition the purpose of life is to become united with the ‘Self’, Brahman, the Supreme Principle, that which is enshrined in the hearts of all, according to ones station in life and capacity to do so. Again, this is the same Supreme Principle alluded to above, from which participation in, a true supra-individual anonymity necessarily springs. Although the original black metal purveyors may not have been consciously aware of the heights to which they were ascending, nor of the full traditional implications of what they were doing, it comes as no surprise that when re-discovering their traditional legends that they would inadvertently ascribe to the goal of, and rediscover some of the outstanding tenants of a more primordial, and complete Indo-European tradition, Hinduism, whose purpose again, much like that of the ancient Norse religion, was and still is to help facilitate the discovery of ‘Self’ knowledge, participation therein and the realization that all proceeds from the Supreme Principle.

Once again, truth is one, and it is the same for all those who, by whatever way, have attained to its understanding.

One thought on “Black Metal and Anonymity: A Traditionalist Perspective”