As a humble attempt to bring some ideas to the table in order to reverse the current backwards trend that plagues the underground, we’ll present to you an approach at music making that was tried by few bands in metal, and, because of the possibilities it offers, it can become a more than viable pathway to follow for metal to keep evolving. 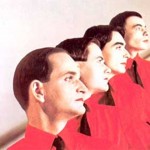 Known by many open minded hessians as one of the few electronic acts that isn’t grating on the nerves, Kraftwerk, one of the leading acts in the genre, made a bright musical career by pasting synthetised and computer-generated sounds into melodically sensitive compositions that mixed simplicity with complexity in an effortless way, providing a soundscape in which emotion and technology interacted as easily as hydrogen and oxygen do to form water. Their way of pasting sounds (and what is music but an elaborate way of doing just that?) was influenced by the concept they had in mind at the moment of making the album, so coldness in sound and rhythmical monotony went hand-in-hand with the concept of dehumanization presented in their The Man Machine album, while, on the other hand, Trans-Europe Express classically influenced melodies and introspective style melds well with the journey of self-discovery and pride for european culture the musicians attempted to portray.

With all of that said, you might be asking what does that band have to do with metal? Many things: the shaping of concept, the narrative approach and the human-nature-society topics presented have much in common with the way of making metal. Particularly, Kraftwerk went on to influence two of the biggest names in the genre: Celtic Frost and Burzum. 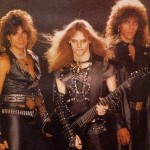 Celtic Frost’s members well documented obsession with history, legend and esoteric themes gave them an approach towards creating music that was more about describing a mood around which certain lyrics, as mini-narrations, enhanced the atmosphere presented. And, like Kraftwerk, each album differed from each other in the concepts it portrayed and the adjustment of style towards that goal, from the primitive, rapid bursting of anger in Morbid Tales, to the mythical and barbarian otherwordly scenery of To Mega Therion , to the hedonist, self-punishing operatic drama of Into the Pandemonium (some detractors might even say that this album is punishing on its own merit, but I think that, while not perfect, it is a respectable effort).

Burzum, like the previous act, also made his albums with the idea in mind that each of them should have a very distinctive identity, even though various moods interacted in a single album and the whole Burzum concept had more of a unity behind it than Celtic Frost’s. Still, the difference in style for each release is self-apparent and we hear Varg adapting his playing, production values and even vocal style towards the emotions he wanted to display for each particular release. 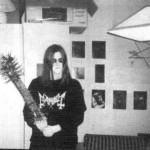 One of the things we need to do in order to keep furthering the craft of metal is to leave behind our obsession with style and instead worry of taking each album we pursue as a fresh chance to start over. Otherwise, musicians easily lose ideas as they quickly run out of them if those are constructed around a single theme. We can learn from the aforementioned acts and demand more of our craft and of ourselves in order to reach a brilliant future for the genre.

All of the talk aside, we should study the aforementioned bands to really understand the idea presented here. Kraftwerk’s best works are (chronologically) Radioactivity (1975), Trans-Europe Express (1977), The Man Machine (1978) and Computer World (1981). Those should be listened to in that order. In doing so, observe how difficult is to point the similarities between the albums beyond the most basic musical elements, such as vocal styles and rhythms used. Even the sounds and synth patches went through tremendous changes in time and the outfit took their time to develop a voice of their own, starting rather timidly and displaying more confidence with the years (not surprisingly, the electronic genre was developing at the time and was quite fresh – as an exercise, and for fun, compare this rundown of albums with Black Sabbath’s first four LPs and its transition from blues to metal).

The rundown for Celtic Frost should be Morbid Tales, Emperor’s Return (as separate albums, in order to have a clear idea of the evolution taking place), To Mega Therion and Into the Pandemonium (without Mexican Radio if you prefer so ;)). Burzum’s as follows: Det Som Engang Var, Hvis Lyset Tar Oss and Filosofem. Notice that these aren’t “best ofs”, but a selection to further the comprehension of what has been said here.

Also notice the similarities between Burzum’s Hvis Lyset Tar Oss and Kraftwerk’s The Man Machine: a simple rhythm track providing the backbone for endlessly repeating sequences (riffs) and the patient development of the songs by adding layers of more riffs on top of the basic ones.

This simple exercise should hopefully help you comprehend what’s been said here. It’s not all, though. The next step – the understanding of motifs and how do they relate with concept and unity in music making – will be explained on a post on its own. Stay tuned.