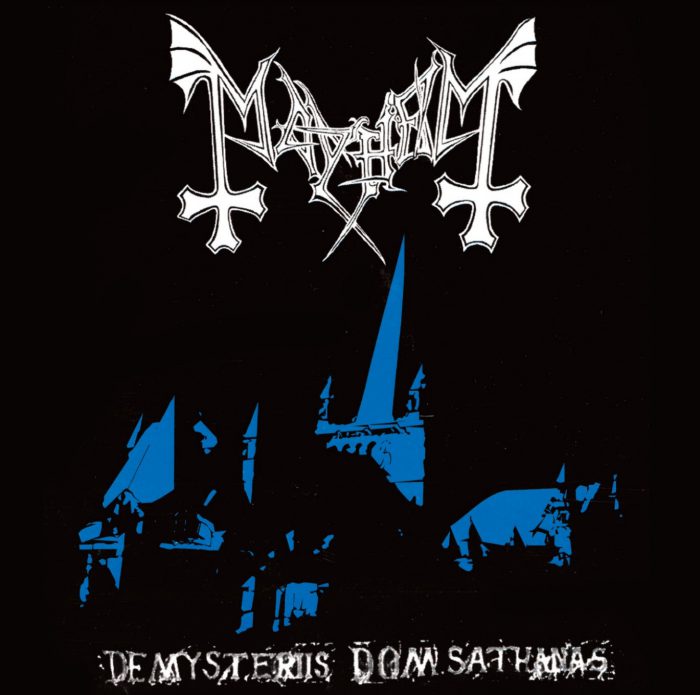 Initial melody:
The rhythm guitar plays a three note phrase divided into two chromatic sections that consist of the root note of A descending a semitone before returning to the root note and then ascending a semitone. A simple method handed down from the Swedish Death metal bands to add weight to the lead melody. The lead guitar follows the rhythm guitar but alternates between the root note of the power chord and the fifth. The addition of consonance in a chromatic sequence in the use of fifths adds an element of mystery and intrigue while the minor third adds an otherworldly feeling to an already intriguing melody. A moment of chaos introduces this piece before serenity is found in a long dream like motif.

Main melody(0:22):
The rhythm guitar deconstructs the already minimalistic phrase even further into a chromatic ascent while the lead guitar shifts to an A sus2 arpeggio that eventually find closure in a minor third interval. The sus2 is a second suspended chord which consists of the root note, the fifth and a major second an octave above. Due to its lack of third it has the same advantages of a power chord, being neither major nor minor. The sus2 is known to be a wistful and very stable chord which works perfectly with the longing for another life that is contained within Dead’s lyrics. The end of the phrase once again ascends chromatically with the rhythm guitar finishing in a place of uncertainty and unexplored territory.

Atilla dreamily sings this passages before ending on a hard “death” signifying how Dead wished to live in another world in a calm state of mine but could only achieve by breaking the trance through a sudden act of violence. As Attila stops singing Varg decides to add a beautiful counter melody on the bass that pierces through and sends the listener to the new world. The bass melody follows the first power chord in arpeggio form, one octave deeper then playing with the major second to add even more mystery to the piece before playing with the chromatic and then repeating the whole melody but where there was a major second is now a return to the root note that conveys the harrowing reality of killing oneself to find that new world. The major second like on Euronymous’ melody is the main note that adds magic to the whole passage despite it being shunned by other musicians for being just a whole tone above the root note and a passing note to the minor second. Mayhem find multiple ways of exploiting the simplest of note choices to their full potential.

Operating on Cartesian dualism which is the separation of the soul and the body, the narrator believes that the body is the only thing stopping an individual from truly finding themselves in the chaos of the modern world. Temporary suffering can only be erased by becoming eternal which means getting rid of the degrading flesh casket that holds us down. Dead possibly saw the body as being a bag that inhibits human expression due to physical limitations and sought to break those limitations. While the main melody continues Euronymous plays a solo through a unique tone that sounds very bare but pierces well through the mix due to a higher presence in the treble frequencies giving into a screechy yet ethereal sound due to how thin it is. The solo explores the rest of the minor scale in a fairly linear way but with emphasis on the rarely seen minor seventh which can be as sorrowful as a minor third but here is used with greater ambiguity to show that moving on to the next life may seem sad at first but ultimately it brings greater pleasure. Blackthorn combines both guitar melodies into one so that the flow of the song remains uninterrupted.

Interlude(3:10):
A new motif this time played turbulently in triplets cuts the dream like state of previous sections as the narrator prepares to commit the grand act and is perturbed by the thought of giving away his life. The faster tempo and the shift of the root note down a semitone create unease and really create an impression of overbearing evil in contrast to the previous passage but the melody is not jarring due to it being built with a similar selection as seen up to this point. Reminiscent their earlier output the band combine a simple chromatic phrase with an angular major sixth implemented there to weaken the tonality of this passage. This is very reminiscent of their earlier work and shows that the band while progressing musically never forgot that some of their best ideas came from their more barbaric origins.

Euronymous breaks away by himself to play this melody that continues the previous melody with the main melody to increase tension leading to the climax of this majestic piece. An arpeggio consisting of the root note, minor third and fifth is repeated to create tension and rather than resolving the melody the melody returns to one of the previously seen arpeggios to add even more tension. Euronymous concludes the whole section by attacking a lightning fast arpeggio of the chord one semitone higher than the root note consisting of different octave notes and fifths that leave this section in complete chaos and in needing of resolution.

Development(4:00):
Rather than blast away to the song’s climax, the band take one last detour to the main melody enforcing this fragile vision of existence as we know it. Though this time Euronymous plays the bass line an octave higher but instead of blindly following the bass there are two notes that harmonized in minor thirds which may be subtle but it is what adds a more fragile sensations to this iteration of the well established melody.

Climax(4:36)
A transformed version of the initial melody is played by the lead guitar first with a slight mistake in playing that the band did well in keeping. This time the root note returns to A but rather than descending at first the melody decides to ascend by a minor third. The band had omitted the minor third for a large part of the song and know at the climax use it in full force as the narrator comes to a disturbing and ultimately painful revelation. The second half of the melody returns to the root note before descending by one semitone in cold brutal fashion.

I am a mortal, but am I human?
How beautiful life is now when my time has come
A human destiny, but nothing human inside
What will be left of me when I’m dead?
There was nothing when I lived
What you found was eternal death
No one will ever miss you

Dead knows that he is not a god but questions his humanity as he believes his real life of existence is not in this universe but knowing that the final act draws near he begins to feel a certain sense of joy as do most individuals knowing that the suffering will end. He then questions the legacy that he will leave behind but since his life was already empty he will only leave emptiness behind. The revelation is that in reality the second plane of existence that was alluded to at the beginning does not exist and death is just the ending of life with nothing behind it. Dead concludes the lyrics by referring to himself in the second person meaning that he is completely detached from his person and lucidly states that his life was futile and brought nothing to anyone around him. Death is merely the end of life and nothing more. Attila as desperate as he was in forging his own identity and distancing himself from Dead decides to sing in the sloppy manner that is associated with his predecessor and possibly as a final homage towards him. In contrast to the beginning this passage is sung very emotionally in Csihar’s unique style that combines throat singing with more traditional growling. His approach is ugly and jarring but evidently very human due to the slight variations in timbre and swells in volume.

Conclusion(6:08):
As the singing comes to an end and the rest of the band continue on the previous melody, Euronymous plays a new melody matching the sinister and morbid revelation by the narrator. Like the lead of the first melody, the lead guitar follows the rhythm guitar playing around with the same notes but adding an augmented fifth where a fifth would be. This is less stable and consonant than the fifth and after having the listener used to the fifth, the chromatic shift creates more dissonance and creates a stronger atmosphere of evil as invoked by the lyrical revelation. The band decide to end this on the initial melody but Euronymous surprises the listener one last time with a melody consisting of carefully chosen out of key minor and major thirds that instill for one final time the banality of human life in the face of greater darkness that is the universe.

In Mayhem’s music, evil is not the opposite of good but the natural law of the universe unto which all humans must abide to no matter how they seek to hide from it. Whether it is through material possessions, mind altering substances, fulfilling lives and loved ones, there exists a truth to this world that is deeper and more powerful then what our brains can conjure. Mayhem can bring this cold harsh unrepentant truth like no other music on earth. Most people will try to rationalize this through the extracurricular activities surrounding this album but for those who dare venture into the heart of this work of art, the rewards are immense. There is no doubt that De Mysteriis Dom Sathanas is one of the greatest metal albums of all time and sits at the top of the pantheon no matter how hard certain individuals try to destroy its legacy.