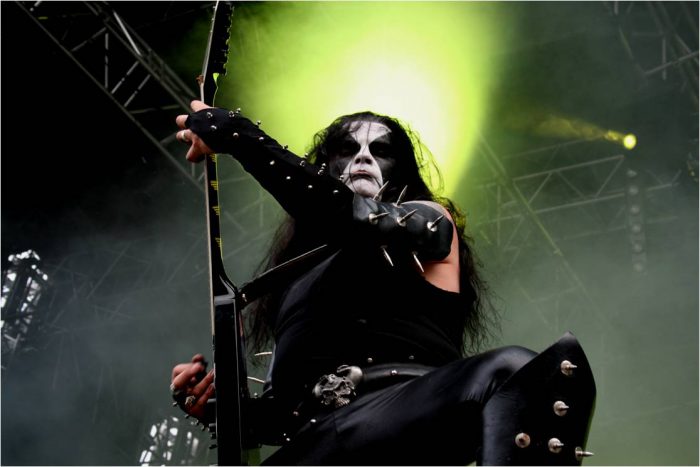 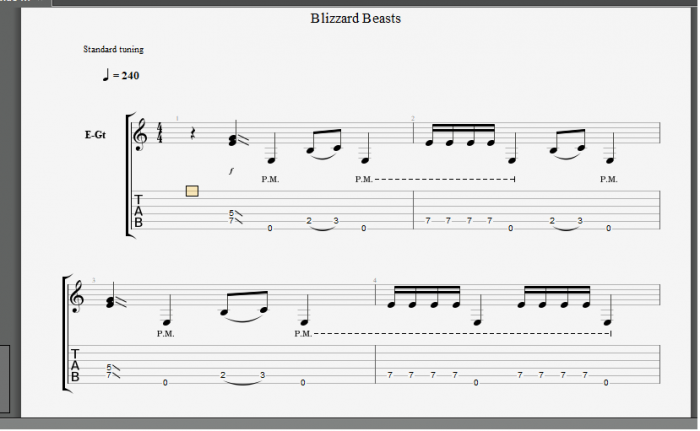 Immortal: «Battlefields» from a melodic perspective is completely barebones and relies mainly on pushing the roote note of E into the the listener’s skull. With the octave there are a total of four different notes all contained within the E minor scale. Yet against all expectations Immortal create a truely powerful riff that sets the foundation for the rest of this riff labyrinth. Since the melody falls within the realm of standard Heavy metal and if it were played in a cadenced manner, the warlike effect achieved here would have dissapeared. The ryhmic pulse of this section alternates between the hammer-on and the minor third. Notice how their respective positions aren’t fixed within each mesure, hinting at unpredictability and more importantly creating a sense of forward momentum urging the listener onwards until the song transitions to more cadenced and developed ideas. Immortal succeed in conveying the calculated charge of an army through subtle variations in rhythm.

Vader «Silent Empire»: At (2:46) a Speed metal breakdown appears as popularized by bands like Sepultura and Slayer. The length is kept short just so that the second guitar can insert a previous idea to build tension to build to the powerful climax that is contained within this song. Just a simple rhythm that does not seek to draw attention but is there as a device to reintroduce a previous motif fluidly without devolving into groove. The syncopated rhythm eases the break while maintaining the necessary agression for the following ideas to fully manifest themselves. Vader use the most common and lowest tools with great songwriting acumen to allow for an explosive finale in one of the more vicious climaxes in Death metal.

These simple examples show that even with strong danceable rhythms, one can still create inspiring Extreme metal without devolving into modern metal idiocy. Join us for Part 2 where we continue to analyse examples of such rhythms used well in metal.

13 thoughts on “Analysis of Potent Rhythms in Metal”