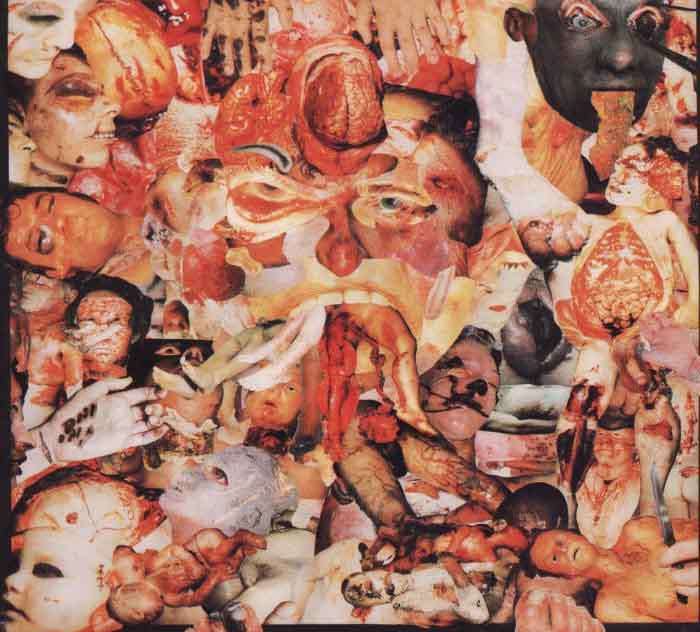 I love used book stores — generally libraries, thrifts and small independents — because the chase is greater than the catch, and finding a rarity or just something fun to read is an inexhaustible thrill. A selection of old books gives a distinct perspective not just of writing but of history.

Each time I look over the dusty spines, castoffs of previous generations or well-loved volumes containing advice relied upon by those who came before, I am reminded how human history is a lattice of ideas. Each great thinker is a nodal point from which others branch, re-combining with other ideas or adding their own. And each writer boils down to one idea, usually, with the greatest having a handful.

The rest is a support system for that. To take a great idea and fling it out into the world requires a book, a third of which is introduction, a third explaining the idea in depth and a final third gesturing at relevance and shouting down the inevitable counter-arguments. Then the author spends the rest of his/her career amplifying on that idea or chasing its elusive ultimate form. Then, RIP and all of that boils down to a sentence of summary that most people know.

And Carcass? They will forever be remembered as the guys who made clumsy grindcore based around medical lyrics. This is too bad, as their real strength was to expand the grindcore song structure to include longer riffing that often emulated Second World War era popular music, even if unconsciously.

In fact, most of their success comes from the fact that they did everything unconsciously. On the surface, they were having a laugh with gore lyrics and sloppy grind. The first album, Reek of Putrefaction, is entirely unselfconscious in this way. It does not want to be anyone’s friend, or appeal to an audience. It is just having fun and accidentally unleashes the subconscious mind through a biting parody of society and its fear of disease and death.

It was that awkward and offhand element that caught the imagination of an audience. That, and the ripping tunes: the first Carcass album made grindcore complex enough for songs to be distinctive, but kept its rumbling chaotic surface that hid the structure. This made it heavier than most of what was out there at the time and inspired a thousand imaginations.

After that point, however, the Carcass story tapers off. Every album since then has been the band trying to re-interpret its original unintentional success, but to expand it by making the music more like Led Zeppelin and Metallica so that it can be “serious.” And therein is the problem: this band suffers a deep neurosis and when it tries to be serious, it fails. When just drunk and goofing around, these guys are able to reach into the unsocialized parts of their minds and come up with something good.

Symphonies of Sickness came out shortly after Reek of Putrefaction, but already shows us a more self-conscious band. The title is cute, the songs more obviously melodic and prone to borrow hard rock riffs, and the production still vicious but in a controlled way. Everything about the second Carcass album is a managed environment designed to manipulate appearance just like the neat rows of houses in the suburbs, political speeches and advertisements for security companies. The band reversed its raw approach and joined what they mocked.

After that, it has been all downhill. The Tools of the Trade EP showed us the new Carcass: melodic songs, death metal riffs and none of the grindcore urgency or organic appeal. It was all very much a product of the conscious mind trying to be serious so that other people would like it. Necroticism — Descanting the Insalubrious shat the bed with more of the same. For the time, it fit in competitively with death metal, and I listened to it then, but found over the years that I reached for it less and less.

I feared becoming like an old punker I met back in the early 1990s. “Carcass, great band, but they lost it after the first album,” he said. I knew these guys, I felt. They were like the old bearded dudes in robes who stood on streetcorners in the 1960s with signs saying THE END IS NEAR. They were walking stereotypes: the bitter old “truist” who only likes the demos and maybe the first album for any band, and will tell you to stop listening to that commercial shit you’re pimping and look up some rare, expensive and ineptly-packaged 7″ or cassette instead.

But the old guy — at probably 35, already a curmudgeon-in-training — had a point: most bands have only one idea. In metal and punk, bands are artists first and musicians second; they become musicians to express some idea or feeling. They intuit that musicians become experts in making music that people like and as a result, the external form dictates the content and it becomes about like everything else: technically correct, artistically empty like all the other products, fast food and celebrity autobiographies.

Carcass went on to get a PhD in bed-shitting with Heartwork, which was a decent speed metal album with some nice technical touches, but lacked any purpose so became overly “emo.” After that, the grindcore audience fled and the hard rock audience — this was pre-nu-metal days — was scared off by the vocals, so the Carcass brand went into free fall. The band launched a bitter final salvo with Swan Song in which they realized that their responsible, middle class daylight personalities always wanted to just be Led Zeppelin because that is how you work hard and succeed in rock ‘n’ roll as a career!

I fall between your average suburban music fan and the old crusty punk. Perhaps the Peel Sessions, “Flesh Ripping Sonic Torment” demo and a few scattered 7″ and live shows are the “real” Carcass, but the first album is real enough for me. After that, the band gets self-conscious and soon there is a stinky speedbump under the sheets. But Reek of Putrefaction is great and every person who enjoys quality outsider music should hear it.