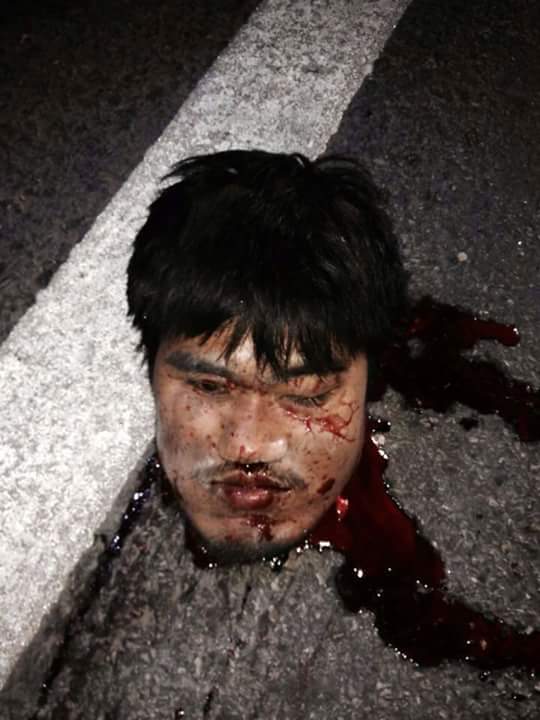 I thoroughly enjoyed William Pilgrim’s “The postmodern Gorguts” for its list of metal attributes. For many years, writers have attempted to categorize metal and most commonly have ended up with a list of surface traits such as loud distortion, screaming, fast drums and occult lyrics. Pilgrim’s list looks at the compositional tendencies of metal that are consistent from proto-metal through black metal, and bears another analysis as separated from the topic of Gorguts, which is only ancillary to the question of metal itself. Thus follows his list:

To insert a minor quibble, I disagree that metal is “ideological.” If anything, it is anti-ideological, being based in a harsh realism rather than a set of platitudes about Utopia, which seems to be the basis of all ideology to me. Metal is intensely artistic, and artists tend to have strong opinions, and from a distance this may look like ideology or even count as an ideology of sorts, but not in the modern sense, which means a series of appealing thoughts designed to mobilize mass approval and thus, political power. If metal has an ideology, it is an artistic outlook of a very general nature and not directed toward specific manipulations resulting in immediate real-world changes; rather, it hopes to condition the outlook of those who participate in it with the most general philosophies toward life itself.

By the same token, metal seems to me to less succumb to lists than a spirit which reflects this philosophy. Technique is a means to that end, and that we now live in an age when power chords and heavy distortion create a sense of foreboding of doom and insurgent power determines that these become the primal technique that unites all the others, like a drawstring bag around otherwise random artistic implements. Metal focuses on the union of harsh realism and intense mythology, because metal is fundamentally a worship of power and these are the greatest powers in human life. Only death is real, and yet people follow religions and hail the ancient stories. If metal has a goal, it is making realism into a kind of poetry, and it uses a series of techniques to that end that form its most visible component, but they are not in and of themselves the goal of the genre.

Let me then add my components of metal:

Any sensible observer will note that the above are simply less specific and more distilled versions of Pilgrim’s seven points above. His focus is more on specificity; mine more on spirit. And yet the two overlap and somehow hash out the same realistic truths about heavy metal. Metal is fundamentally anti-social music, in that it rejects “what everyone thinks” and experiences a downfall instead as it reverts to a nihilistic, literal, organic, materialistic and naturalistic level of reality. It rejects human society and all of its ideas, which are essentially pretense, in favor of harsh realism and mythological aims like beauty, truth, eternal love and eternal hate. I would argue that metal is conservative except for its constant forward focus, not toward “progress” but adventure.

As a result, I would argue that metal is impervious to both ideology and trends, since it consists solely of spirit and the aforementioned method. In fact, it takes no particular point of view, since its method must appear in all that it does. Thus metal is “spirit,” and will adapt to any developments in music, but since there have been none, it howevers around the intersection of the best humanity has produced so far — classical, modernist and baroque — using the techniques available to four guys, guitars, microphone and drums. This then leads us to a more vital question when examining metal, which is whether a band adopts this outlook and method through the question of what an adaptation of that method to the particular style of the band would look like. With post-metal, nu-metal, tech-death, metalcore and other modern metal, we find that missing and its opposite principle, the looping narrative of rock, instead.