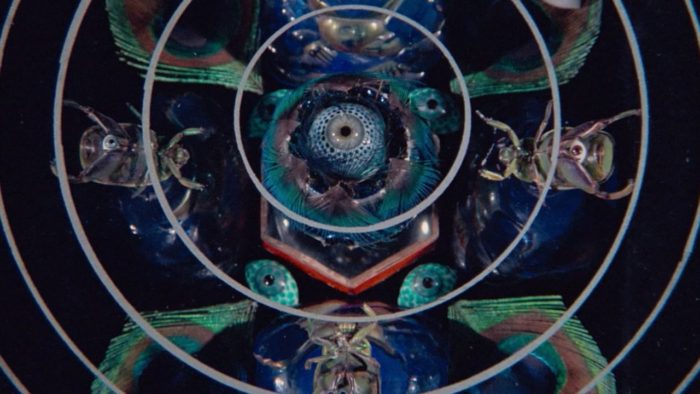 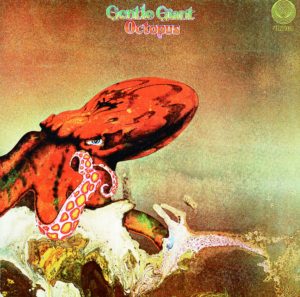 Gentle Giant – Octopus (1972)
Gentle Giant tend to be forgotten despite their slightly comical and twisted music as they lacked the grandiosity of EL&P, Genesis, or Yes. Their music was also missing the iron grip of King Crimson and the easily-followed backbone of Camel or Rush. Gentle Giant is both technically accomplished in an understated  and strongly evocative way even though the images they conjure are complex and somewhat impenetrable. The reason to choose Octopus among their several unique releases is ,as their third LP, was where they find their matured sound, without having yet self-conscious streamlined their music. Octopus may be less polished than their eventual masterpiece, The Power and the Glory, but we find a more organic feel of various textures (physical and aural). Despite the ever-present musical playfulness found throughout Gentle Giant’s discography, Octopus has some brief darkness and enigmatic passages in songs like ‘Raconteur, Troubadour’ or ‘Knots’, juxtaposed with perhaps lamentable pieces like ‘A Cry for Everyone’. These more mundane tracks, seem alright in the normal prog rock context but detract from the potential enveloping obscurity of the more interesting side of these explorations. 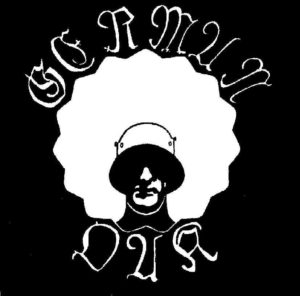 German Oak – German Oak (1972)
Although politically and historically considered Kraut Rock rather than Prog Rock, this distinction is drawn more in terms of geography and intention rather than the actual music. The separation is justified in terms of the direction of release, where prog was intentionally reaching for technically interesting and academically informed music creation while their German counterparts were channeling improvisation. These songwriting aims are the clearest difference while the ultimate visions for either were perhaps not so far apart. In terms of musical interest German Oak  is definitely much more humble but their accomplish might still be appreciated by fans of the rawest underground metal and ambient music. In this particular release, the first two tracks dance between a hard rock guitar freely improvising over a constant beat and porn soundtrack. It is in the third, clearly atmospheric track that listeners are tossed overboard into the maelstrom. From then on, this is a journey through Wonderland, with no rabbit to chase, not even a mad hatter to brief you. Bands like Absurd are heirs in spirit to the obscure and raw weirdness in this stylistically multifarious yet aurally highly focused attack. The follow-up in 1976, titled Nibelungenlied, provides further industrial-flavored dances with the devil. 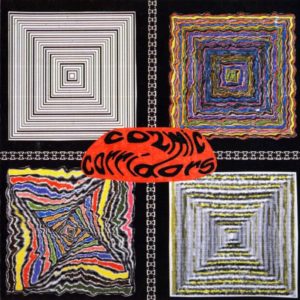 Cozmic Corridors – Cozmic Corridors (1972)
Cozmic Corridors is an album that stands somewhere in between the clearly rock-oriented prog bands and the more experimental, so-called electronic and ambient projects of the 1970s. It is not unhinged enough to be located alongside Klaus Schulze’s work, for instance. Cozmic Corridors remains anchored into a simple but very coherent line of thinking in a manner similar to the more symphonic progressive rock pieces. The work consists mainly of synthethizer and keyboard effects and would make for an amazing full-on progressive rock album if proper percussion and guitars were written to complement or counterpoint what is here. There is also an interesting use of vocals in the manner of instruments, but only as an effect to the rest of the music. Imagine if the experimental side of The Doors extended and developed into outer space. That is basically what you have here.