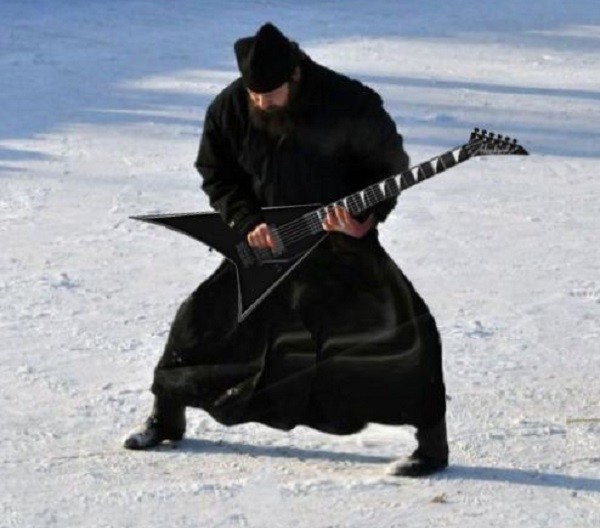 I write a lot about hipsters because I am fascinated by subcultures and how they attempt to find meaning independent of the center. You can join the ska kids, Goths, rivetheads, wi-fi hobos, ecolos or channers. You might have a thedic identity, a de facto tribe combined of ethnic pride and politics, or an outright political group like the earth firsters, crypto-coms or far-right. In a time of no actual commonality to our deconstructed societies, you know you will be a cog in the machine: working a job, paying taxes and housing, and doing all the day-to-day stuff like shopping at Costco that is about as romantic as math homework. To counter-balance that, people seek an identity which shows why their lives are important. All of these are extensions of the original “keeping up with the Joneses” that saw people trying to out-consume each other, but now we are consuming the image of ideas instead of pure product.

Modern life represents at its core a long slow grinding compromise. Any idea is taken from where it is found and made into a product by simplifying it, exaggerating its surface features, and then presenting it for mass consumption. Joining an identity first involves a shopping trip for music, books, clothing and personal accessories including tattoos, piercings, scarification and hitting the gym. Through this process, unique identities are gradually “assimilated,” or made into variants of the mainstream. Every ideation operator declares the gradual entry of those who perpetuate this process into their chosen identity — the falses, the poseurs, the day-trippers, scenesters and imitators — because when enough of them arrive, the unique group becomes overwhelmed and as happens in democracy, what is popular and easily understood wins out over the original idea, which then fades into a distant memory and a cartoon of itself.

Hipsters represent those who have given up on the idea of idea itself. They realize early on that this society is a kicked clip, empty of ammunition and fit only to be returned to the pocket and another retrieved, starting over. But discovering what we want for a future represents a good deal more ambiguity and risk than knowing simply what we detest, and in the meantime, people need an identity to distinguish themselves from the faceless mass. The hipster was born out of this situation by Generation X, who combined slacker culture with counter-culture and added the suburban desperation of their parents, who were only to happen to discuss in detail how the world was going to hell, in front of their children. As a result a new identity formed based on those who have dropped out of society but still seek a way to distinguish themselves, and instead of doing so through strong group identity, they base their concept of self on self-image alone. Thus the hipster opposes the idea itself, and instead seeks a different kind of center: what everyone else is doing, but with some unique conceit for the individual itself. Hipsters are bog-standard people who have hobbies in craft beer, tattooing, making artisanal objects, odd collections, activities chosen for their apparent randomness, and of course art, art and more art, because nothing makes a person look profound like the boho artist lifestyle.

As the definitive article on this topic says:

People who seek an idea loathe hipsters because hipsters are the anti-idea. They reject the notion that we can have purpose outside of ourselves, and instead make their time by adorning the self with new fascinating attributes which are always bizarre because their sole goal is to distinguish themselves from the rest, and so whatever is sensible and normal is verboten. The hipster seeks to be unique, individual and different (UID) so that they do not get mistaken for the rest. Part of this is a counter-culture style protest saying that they do not endorse or enjoy the mainstream, and in fact oppose it so should not be held accountable for its failings; the rest comes from the simple need to distinguish oneself in a social scene flooded with people who are all trying to be noticed. Where in the 1920s doing stunts on the lawn might have worked, and in the 1980s it was enough to join an indie band, for the people who come after the reunion of right and left in the 1990s there is no longer an obvious majority culture to oppose. There is only the gradual compromise, and trying to stand out in its midst.

Hipsters suffer for the time into which they were born and the lack of easy and safe ways to rebel against it. Smoking weed and living in a VW van involved relatively few risks; at worst, an arrest occurred in some random little town in Ohio and dear old Dad had to dispatch money and lawyers to fix it. But opposing the conglomeration of democracy, capitalism, liberalism, consumerism and patriotism takes some guts and some time on the thinking couch, because it is not like The Establishment an easy thing to identify. Who can blame these people for laboring as poor cogs just trying to have normal lives? They can laugh at them but not indict them as the problem itself. The focus of the hipster becomes not reform of a society that is already lost, but saving oneself by at least being socially competitive through appearance and having a life independent from concern about the inward collapse — an idea — which might obligate one to sacrifice time otherwise spent on self toward some purpose.

That tendency reveals the problem with hipsters: they are perpetual entryists. Their only idea is the self, so any identity they discover they will turn into a product just as surely as their grandfathers did back in the 1950s. In essence, hipsters are the same consumers that people have always been, except now they are casting around for an appearance of having an idea and thus always sacrifice the idea itself because they are fundamentally opposed to ideas. Subcultures fear the hipster because to admit the hipster is to abolish the subculture and allow it to live on in zombie form as another branch of the great compromise but now as an adornment, like the “French bread” flavoring in the industrial-processed bread aisle or the “exotic scales” used in bog-ordinary rock music to dress it up and disguise its ordinariness. The hipster is indeed the dead end not of just Western civilization, but all civilization, because civilization requires an idea and with hipsterdom, all ideas have been sacrificed to the self.

At the same time, hipsters deserve our sympathy. They are the people on the deck of the Titanic, watching the unstoppable disaster that will inevitably compose them, choosing to get another pint from the bar and bum another cigarillo while bravely chatting about the inconsequential. The water grows incrementally closer and the lifeboats are long gone. Nothing remains except to live it up a little, stand out from the crowd and have your fun, before the darkness inexorably takes over. If you wonder why hipsters look as stressed and miserable as their parents, even when they have trust funds (and an alarming number of them do) and hip indie bands with the flavoring of metal, it is because they too see the approaching disaster and have found nothing to do about it.

14 thoughts on “Sympathy for the Hipster”