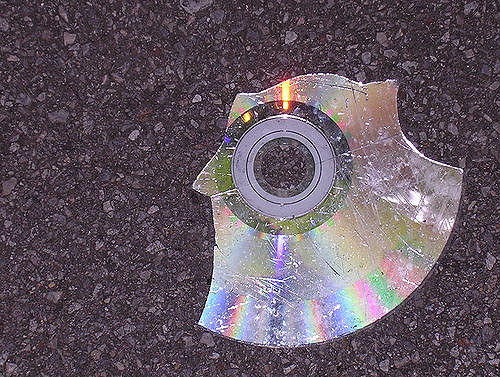 By the 1990s, the CD reigned supreme. As the economy boomed, annual global sales surpassed 1bn in 1992 and 2bn in 1996, and the profit margins were the stuff of dreams. The CD was cheaper than vinyl to manufacture, transport and rack in stores, while selling for up to twice as much. Even as costs fell, prices rose.

The popular music industry peaked financially in 1996 but had creatively begun bottoming out years before that. Digital file sharing of lossily (and later losslessly) compressed formats simply burst the bubble of the industry’s festering corpse the ignorant had mistaken to still be moving as the putrefying gases bloated body cavities.

The music industry shot itself in the face like Dead from Mayhem by killing the single, profiteering absurdly high pricing for compact discs (mostly common disposable pop albums containing two radio jingles and filler nobody wanted), and especially major cutbacks in Artists and Repertoire (A&R) departments. If the mainstream music industry could’ve kept releasing decent to good bands while effectively promoting them, nothing would have changed. Instead A&R artist development teams were let go, recording budgets gradually went down as digital audio workstation software became more commonplace, and fads took over to concentrate liquidity at the very top of the industry in the hands of executives and major shareholders.

While A&R departments almost always followed trends (disco, speed metal, glam metal, grunge), they at least encouraged bands to develop and refine their material into comprehensible music. To get an album released, an artist first had to have promising home-recorded demos to get noticed, then demos recorded in a professionally studio, followed by the single, the EP, and only then the full studio album. The additional short term profit generated by cutting back on initial expenditures that generated additional revenue streams (bands that consumers would actually want to buy the releases of in the future), mixed with enhanced profits by the inflating prices of the newer cheaper CD format was concentrated into executive pay, shareholder profits, and frivolous expenditures. The price-fixing doomed smaller record stores once big box chains competed amongst each other by using records as lossleaders to get foot-traffic through the door in a race to the bottom.

The very same thing happened with Wall Street the late 80s continuing to the present: sell disposable financial products to concentrate liquid capital at the top, underpay most employees for the hours worked despite that the technical skills (math, programming languages) required for employment have increased: The average yearly salary in NY in 1980 was $40 thousand, $80 thousand in Finance; For the present, $70 thousand average NYC salary, $350 thousand in finance grossly inflated by the top. The focus on high frequency trading was the just last of many extremely short term investment strategies, the only difference the fraud in that sector has from Russian oligarchs appropriating state assets is computerization.

The late Nineties music industry may even be compared to the Soviet Union and contemporary Russian Federation. Despite how much crap the Soviets actually made (most of it crap nobody wanted) and the unrenewable resources the Russians export now (or did until the recent sanctions), Tsarist Russia for all its problems had a much more stable economy centered around agricultural exports slowly funding industrialization which is the path every single industrialized state (the UK, US, Continental Europe, and now East Asia) has taken. Globalization just made paid labor cheaper than slaves: Slaves always cost between 20-50k in good 1990 dollars and you had to feed, clothes, and house them despite them having zero economic motivation to work more efficiently. Record labels have stopped developing artists as it’s cheaper to just buy the publishing rights to random shit they find on the internet like your aunt looks at cat videos; labels will just pay a couple thousand dollars to make new cat videos (records) in a studio, similar to how global outsourcing is cheaper than actual slavery.

Incompetence is the rule just about everywhere. Most programmers are godawful, even the celebrity ones, because the more arrogant they get the more they forget the basics. Our financial services gurus appear to be experts at betting on horses and then selling the losses as assets.

This is unreleasable dogshit and we payed for it! You’re fired for causing me to lose face and dishonor family! Escort Carcass out of the building headfirst like in Casino.

“An innovative and potentially game-changing release: death metal with a thoughtful edge! Get Crabclaw to shill it on Vice Noisey.”

The modern popular pseudo-metal promoted by larger labels has truly been assimilated into mainstream rock music just like punk was with grunge and pop-punk. Only the underground remains with no hope of true rejuvenation in the mainstream as the moment an underground band or style becomes vaguely popular, profiteering labels will promote something similar dumbed down into singalong rock music for a musically ignorant beer metal audience who are planning to go to an Aerosmith show next weekend. Sriracha-flavored Fruit Loops aren’t bowls of pho. Metal reached great peaks due the vicious competition between bands vying for limited space on shelves and physical catalogs. Why would Roadrunner sign a group like Morpheus in the early 90s when they had Suffocation and Mercyful Fate?

19 thoughts on “The Decline of the Compact Disc & Music Industry”