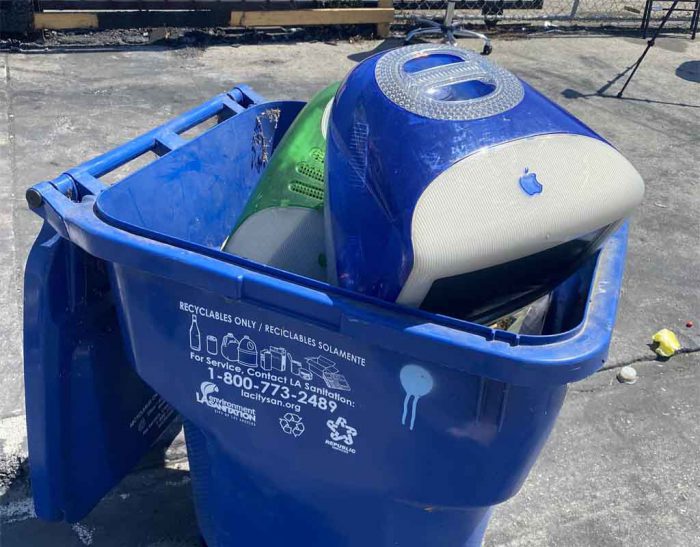 We know that hipsters served as the implement of tearing down metal because once you infiltrate a genre with consciously inauthentic people, it becomes easy to separate aesthetic from its cause, and therefore you make the genre into wallpaper that you can apply to any template, especially the rock/pop variety.

History will eventually record rock music as a simplification of European folk, with the added Semitic use of bent notes in pentatonic scales as probably a holdover derived from ancient Egyptian music, but nonetheless serving a simple function: keep only color notes in a formless composition directed solely by rhythm.

That provides an optimized product. Easy to produce, nearly interchangeable, and impossible to do really well, it sets up a mediocre standard which is convenient for industry and consumers alike. They have constant novelty, which is what the majority of them crave.

Hipsters work within the social economy, where popularity is power and translates to status and thus opportunity and therefore wealth, by breaking down that which has unique character and transforming it into more of the same, so that hipsters can reign by finding “new” material to hype.

That way, those hipsters became seen as a source of the culture-surrogate that is pop culture, and through that means, they become “important” and gain power. These two traits — inauthenticity disguised as authenticity, and power-seeking through social means — define the hipster.

As Ad Busters wrote some time ago about The Hipster Question, the hipster is an aggregate of the past, not a unique direction, no matter how much he pretends otherwise:

What defines the hipster? He has no goal except himself. Building on the leather jacket wearing anti-heroes from 1920s literature, the hipster seeks coolness through apathy and defensive, arrogant selfishness disguised as cultural eliteness.

The hipster claims to be authentic, therefore must destroy the authentic that might compete with him. For this reason, his identity is entirely defined in opposition, meaning that he reacts to mainstream culture but has no ideas of his own.

Freedom, apathy, coolness, individualism, and the anti-hero operate the same way. They create nothing, only resist and reject what is. Perpetual rebels, they define themselves by being rebels to everything and anything, since to be a perpetual rebel as an identity, you cannot care much about what you rebel against.

Like most rebels, they operate through irony, which in a social context means asserting that what is obviously true and real is not true or important, and asserting instead the absurd as the real as a means of perpetuating the rebellion.

Consider the role that irony serves in the hipster revolution:

As a function of fear and pre-emptive shame, ironic living bespeaks cultural numbness, resignation and defeat. If life has become merely a clutter of kitsch objects, an endless series of sarcastic jokes and pop references, a competition to see who can care the least (or, at minimum, a performance of such a competition), it seems we’ve made a collective misstep. Could this be the cause of our emptiness and existential malaise? Or a symptom? – “How to Live Without Irony,” by Christy Wampole, The New York Times, November 17, 2012

Ironic living means fatalism. You have given up on anything having any meaning. Consequently, you believe only in temporary distractions that lead to your great social influence, a world of human importance used as a substitute for reality itself and the more thorny existential questions it presents.

Not surprisingly, ironists become hipsters, or at least some of them do; every hipster is an ironist. They specialize in pretending to care about things, but using them as a means to the materialistic glorification of the self through social importance. This makes hipsters destroyers of meaning, history, and quality.

Like egalitarianism itself, hipsterism emerges from individualism. The true individualist wants to think only his own thoughts, pursue only his own pleasures, and not have anyone intrude and interrupt with knowing better or higher standards.

Individualists find themselves equally at home in anarchy, consumerism, and communism. To them, jobs are a given, and something to take delight in slacking off during. Obligations of life are a game, something to scam on. All they want is to reduce the sum total of what they must recognize outside of themselves, and to have a human system to manipulate instead of a complex, nuanced, and time-aware nature to which they must adapt.

Not surprisingly, metal hipsters deny time. They have no problem with the passage of years, or talking about aging and death, but they deny greatness, because to do so is to give time shape between moments of clarity and periods of descent and wallowing in the usual human neurosis, directionless, and reactive emotion.

When viewed this way, it becomes clear that what defines the hipster is not his unique and essential character, but his spongelike lack of direction. He simply wants to scam, and uses music or anything else as a means to advancing his own leechcraft.

Over time, hipsters act much like the wind or rain. Their goal is to break things down, to make them uniform, and to disguise that fact. They convert genres into generic rock/pop and then cover it with “different” instrumentation, vocals, or topics, but the real goal has always been to make it covertly just the same.

10 thoughts on “The essence of the hipster: irony”