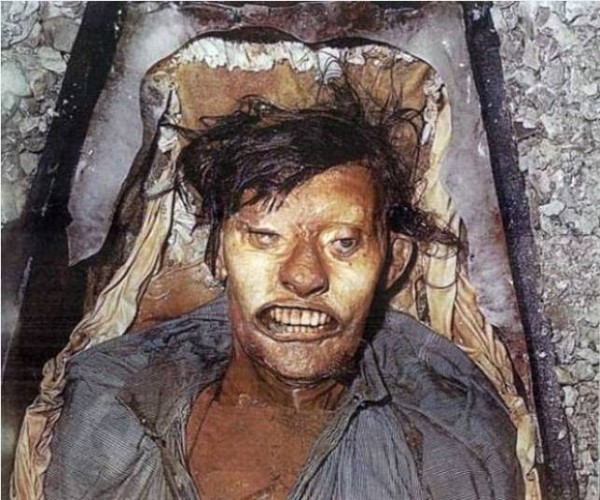 Heavy metal goes through these bubbles every decade. Black Sabbath set the scene with proto-metal in 1970, but by 1976 most bands had hybridized that with heavy rock like Cream, Led Zeppelin, the Kinks, Deep Purple and and The Who. The result was “heavy metal” the sub-genre of the larger metal genre, and it quickly got so bad that the New Wave of British Heavy Metal (NWOBHM) rebelled against it with do-it-yourself (DIY) albums that hit hard but never quite got to the long phrasal riffs that Black Sabbath had innovated, in part in emulation of horror movie soundtracks. In the early 1980s, speed metal, thrash and proto-underground metal emerged to counter the calcified edifice of heavy metal which was currently dominated by glam metal, a Californian crossover between European heavy metal, surf rock and American album-oriented-rock (AOR). By the late 1980s, that bubble too had burst as speed metal bands very publicly sold out, and death metal and later black metal formalized themselves in response. But by 1994, both had spent their momentum and languished in inertia. What came in their place was a rapid succession of bad imitators, war metal, indie-metal, metalcore and finally a breath of fresh air with revitalized speed metal and classic heavy metal merged into power metal.

Currently, the metal scene languishes. The nu-underground fascinates itself with FMP/NWN bands that resemble three-chord punk translated to metal aesthetics, while the mainstream extreme metal scene uses late hardcore songs with metal riffs in random order. No “greats” have emerged, but there are plenty of favorites, and if you read most review sites, you will see praise heaped on the release of the week without any concern for its actual staying power. However, the audience who surged in to take advantage of the new metal-rock hybrids remains large, and therefore there are profits to be made, creating a “metal bubble”: a zombie genre kept afloat by inertia, lacking any real substance, and worst of all, one that blocks any actual innovation by the sheer popularity of imitation.

Current bands are distinguished by being hipster bands. A hipster is someone who has nothing to believe in, so uses things that might be worth believing in as a way of accessorizing and making himself look interesting. Hipsters love bands that no one else listens to, ironic use of instruments or lyrics, and most of all, anything that sounds like nostalgic indie rock but with new exciting combinations of flavors. Hipsters love pirate metal, jazz-metal, post-metal and other variants of the late punk songs with metal riffs in random order that is metalcore. Witness the hipster:

Hipsters also have their own ideology, called “social justice,” which is their way of one-upping you by being better than you on a level that joins morality and politics. It is like the neighbors who, on hearing you went on vacation, inform you that instead of going on vacation they went to some impoverished country to help the poor. It is the people in the office who make a show of giving lavish gifts to charity. It is politicians kissing babies and making speeches on the site of tragedies. In short, hipster is everything wrong with humanity, and its ideology is not even an ideology; like all things hipster, it is a pose designed to convey that the person making it is morally superior, politically more well-informed, socially more empathetic and compassionate, and most of all just more interesting than you. That is hipsterism in a nutshell.

The point is not that their ideology would be wrong, if it were adopted out of belief, because that is beyond the topic of this article. Their ideology is fake like their bad metal bands which created and maintain the metal bubble. You may be a hipster if you only listen to metal bands with theremin because they are different, or if you collect rare kvlt underground tapes that only 42 other people have because they are obscure, or only listen to bands with “socially conscious” (a more antiquated cliché is hard to find) lyrics because they are more righteous. Most people in metal now are either hipsters or the mainstay of metal’s transient audience, which is suburban kids desperate for some way to rebel against their parents that will not get them in actual trouble, like a school shooting or hacking the local newspaper, among other alienated white kid pastimes.

In the meantime, the metal bubble is popping because of a dearth of bands of actual musical importance, which makes metal just like everything else on television an oversold nostalgia item from previous generations foisted on today’s youth because aging once-hip people in media are desperate for a tangible symbol of rebellion that is simultaneously innocuous enough to sell products for their advertisers. Metal itself has become clich&ecaute. Think of the big name movies: when a character is introduced as rebellious, they trot out the hackneyed symbols of conformity safe rebellion like heavy metal, motorcycles, tattoos and cigarettes. These things no longer threaten any social order and are generally accepted, so they can be used to sell an image. At the same time, the audience recognizes these tropes to signal rebellion, so they are useful when you want your brand of artisanal organic free-trade rooibos tea to stand out from the rest as being “edgy” and “different.” Cliché is a language that advertisers and consumers speak to one another.

Yet the signs appear on the wall. Guns ‘n’ Roses guitarist Slash spoke out on the pop trend in heavy metal:

I think the music business itself sucks. It’s turned into a very corporate, materialistic… I mean, even artists are trying to conform to the record industry now. It used to be the artist was for the artist and there was a conflict of interest between the creative artist and the record company wanting to make a lot of money, and eventually they’d sort of work it out. Because then, they used to develop artists, and now it’s just like Top 40 — everybody’s trying to be Top 40. Even heavy metal bands are trying to be Top 40. So it’s not a big turn-on, like it was for me in the ’60s and ’70s and ’80s where it was exciting and there was a sense of rebellion and whatever…And even if you have a good band — you’re talented musicians and songwriters and whatnot — it’s, like, if you don’t have a Top 40 success on your first single, there you’re done. And in order to get a Top 40 success on your first single, you have to make compromises for your material for the record business itself.

This followed commentary toward the same effect by Kerry King of Slayer and Rob Halford of Judas Priest. Halford made the damning statement that the metal community is essentially spamming itself and blocking the rise of quality bands:

While he blames the internet, much as later underground metal musicians would, the question we must ask ourselves is whether the problem is breaking through the clutter or the clutter itself. When a genre is littered with many bands that sound different but offer nothing musically or artistically — a fancy word for the content of their music, what it expresses emotionally and as commentary on life — then quality will not be recognized because people are accustomed to mediocrity. They will buy what they recognize and literally pass over good bands in favor of more of the same old stuff because it is safer and their friends recognize it. Kerry King chimed in with another damning statement:

We were at a festival in South America a few years ago and we were watching a video feed of the band that was playing onstage. I was watching the screen and I just did not get why this band was popular at all. I pulled [EXODUS/SLAYER guitarist] Gary Holt aside. I pointed at the screen, and asked him, ‘Hey, Gary, would you aspire to be these guys?’ He said, ‘Not at all.’ It was because they were the most boring and lethargic guitar players I had ever seen. I would never want to be these guys. I’m looking at a lot of these bands and it looks like it’s the road crew soundchecking to me. There’s no vibe. There’s nothing that gives you aspirations to be awesome.

This sounds like the doldrums for metal. You cannot be a rebel if you are doing what is safe and what affirms the illusions by which most people live. Heavy metal has always been about smashing a single boundary, which is the line of denial that most people have about reality and from which they flee toward “socially accepted” pleasant illusions in fear of the difficult questions of reality itself, and when it fails to do that it fails to live. Its guitar heroes leave, its innovators go to other genres, and worst of all, its best up-and-coming musicians, writers, artists, producers, editors and photographers stay home or get into jazz. With that in mind, here is the latest installment the podcast from anti-censorship/anti-repression movement Metalgate, which hopes to renovate metal by smashing the denial line and popping every bubble it can:

11 thoughts on “The “metal bubble” bursts”