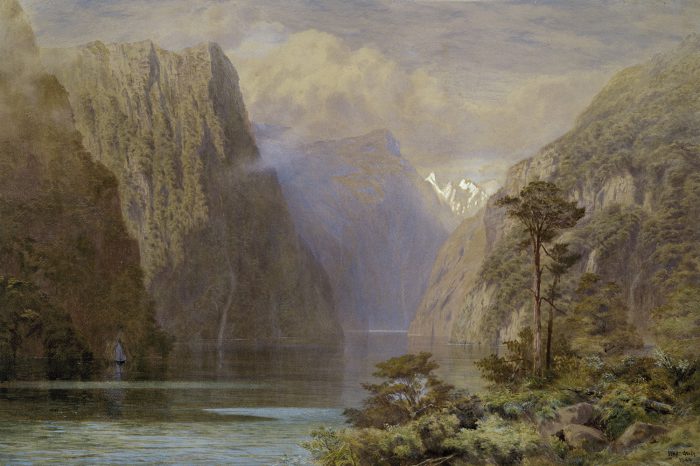 Why is the bass guitar in metal so often silent and unheard? This is a question which is often answered with audio engineering explanations, but the true cause lies in the composition of the music. Read on to learn the natural and compositional explanation for this phenomenon.

Without adjusting loudness or timbre, multiple instruments can either sound melodically separate and distinct, or they they can merge into one voice, depending entirely on which tones they play. This is one of the reasons for why the bass can seemingly come and go in metal, even though the bassist never stopped playing. To understand this behaviour, one must understand the fundamental aspects of sound: Pitch, loudness, and timbre.

Sound waves are chain vibrations through a medium, such as air. That materials can vibrate is a fundamental part of nature, like magnetism, and like objects moving due to kinetic energy. Examining it in detail is beyond the scope of this article, but some basic physical phenomena can help explain the silence of the bass in metal.

Pitch is how high we perceive a sound to be. The rumbling of earthquakes is a low pitched sound. The singing of small birds is a high pitched sound. The physical factor which determines pitch is frequency. When an object vibrates, like a metal string attached to an instrument repeatedly does after being plucked, it causes the air around it to vibrate, which in turn vibrates the air next to it in a chain reaction. This is perceived as sound when the vibration reaches our ears. The more times per second that the string swings all of the way from one side to the other and back again, the higher the frequency is, and the higher the perceived pitch. In other words, the pitch is higher if the time between each successive wave of vibration arriving is shorter.

Loudness is how strong we perceive a sound to be. Whispering is a quiet sound. Shouting is a loud sound. Amplitude is the main physical factor which correlates with perceived loudness (although there are more factors than one). The farther out an object oscillates from its equilibrium point, the higher the amplitude is. Higher amplitude oscillations cause the eardrum to be displaced farther, and the sound is perceived as louder.

Timbre is the character of a sound besides its loudness and pitch. When a guitar and a banjo play the same pitch with the same loudness, timbre is the only difference between the two instruments. Timbre is determined by the nature of an object’s overtones. Overtones are partial oscillation. When a string oscillates, it is not only the entire string that moves, but also subsections of it. These smaller sections of the string oscillate independently at the same time, with higher frequencies than the entire string, producing higher pitches.

We don’t hear these pitches as separate voices. Instead, we only perceive the pitch of the entire string’s vibration, which is called the fundamental frequency. The partial vibrations only colour the sound of that pitch. Different materials behave differently, and depending on the nature of the vibrating object, different partials will be more or less emphasized, being louder or quieter. This is what gives each object its own timbre.

In some sounds, entire partials can be utterly absent, like in the synthetic timbre of the sine wave, a sound which is produced by no more than one single fundamental vibration, completely lacking overtones. In other sounds, there are so many subsections vibrating that we can’t perceive a fundamental pitch at all. It is drowned out. Many drums are like this. We can differentiate between higher pitched and lower pitched drums of this kind, but we can’t determine which pitches they play, unlike with melodic instruments. Even if a drum played the same fundamental pitch as a guitar, it would be very hard to hear that it did.

There are some overtones which are very common, and very pronounced. Almost every musical timbre has these overtones. The first, strongest overtone, is a partial vibration with a frequency twice as high as that of the fundamental. Its relationship to the fundamental is the ratio of 2:1. The second overtone has a higher frequency at a ratio of 3:2 compared to the first overtone.

In metal, harmonic relationships of simple ratios, such as 3:2 and 2:1, are often favoured, because they sound powerful and consonant. However, this has the effect of blending two voices into one, because when the fundamentals have frequencies that constitute simple ratios, just like the strongest overtones, our minds hear one instrument as an overtone of the other, instead of as a separate voice.

It is possible to make use of these simple ratios while maintaining melodic independence, but it requires interspersing simple ratios that are like the strong overtones, with more complex ones that are like the weak overtones. Since no natural timbre could change like this from note to note, our minds perceive independent melodies. It is only when the two melodies move in parallel, maintaining a simple ratio between each other, that they blend into one voice. With only one octave to work with when the guitar is playing its lower tones, there’s not much room for strong independent melodies within this constraint, so parallelism is often chosen, and that’s the reason for the silence of the bass.

9 thoughts on “The Silence of the Bass”