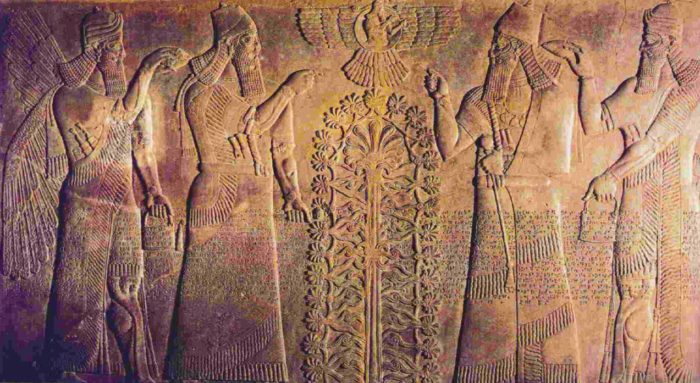 Independently of the ways of reading different cosmogonic traditions espoused by academicians in related fields, who, like most professionals, are usually experts in a rather narrow area, there exists multiple other takes on them with different aims in mind. While the academician of the late 19th century may have been heavily influenced both by his own religious background, the politics of his country or university, those today are still not free from the burden of the scholarly traditions from which they learn. Each area of study carries useless appendages that take different spans of time to be completely caught off due to human ego. So entrenched are some of these despite their unfounded short-sightedness (Marxist political theory) or even unscientific fanciful projections(Freudian Psychoanalysis), that they form part of a modern scholar’s dogma.

The point being made here is that when approaching analysis and interpretation of abstract meanings of psychological import from ancient sources, a well-read underground lurker may be better off diving into the sources than listening to academic theories that are simply based on a different set of premises that are not necessarily more valid in a given context. To be fair when the modern politics of atheism and globalization happen to align themselves with a given interesting and elucidating point of view, it may be the case that academia finds itself on the unpopular side, while society at large ignores the situation or tries to snipe the particular scholars who dared come up with such ideas. This is the case with anything related to the historicity of Judeo-Christian Biblical accounts — mostly obvious shoplifting of symbology from other traditions, but distorted and made flat in order to appropriate and destroy the old.

Mythology, cosmogony, etc, present us with a fascinating area of exploration in a spirit of the underground that is not alien to the rebellious, distrusting but equally curious attitude of metal. Underground Metal tends to scorn petty contemporary superficiality, and is instead fascinated by the obscure well of information through the imagery of ancients, especially as channeled through continuous esoteric traditions through the centuries. The individualism and worship of the strong and independent that is central to the metal pathos lends itself to the exercise of exploring mythology, and not shying away from personal intepretations grounded in whatever knowledge and logical insight is available to us.

The following is a list of myth compilations by Donald Alexander Mackenzie recommended for such an activity:

But the exercise would not be complete without its own soundtrack, so to speak, although the intended effect here is different than a simple functional, background enhancer. The following are three conspicuously outstanding albums that strongly embody both the underground, elitist self-alienation, and mature stylistic expression kept organic. An unpetrified but mature style tends to sound simple and a little too familiar on the surface, but the proficiency in encoding communication in its musical coherence and hidden psychological power sets it appart as quality material.

Bonus
Franz Berwald’s excellent symphonies fit the bill for the last description, but it is important to preserve the consistency in metal voicing for this particular case. Richard Kieckhefer’s Forbidden Rites1 is recommended as well to go further with the the relations between metal pathos, esoterism, and occultism.