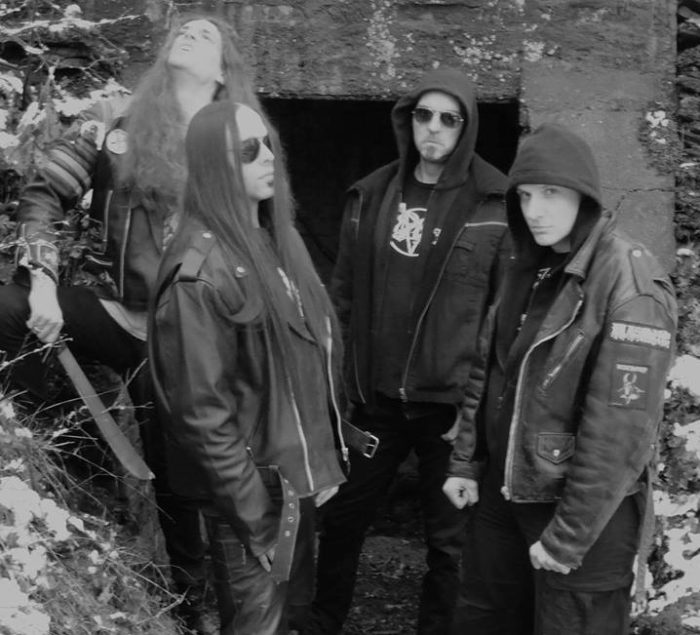 The country has been a heavy metal-stronghold since Neolithic times with a significantly high metalhead-per-capita rate. Furthermore, Germany has spawned more metal bands than any other country in Europe with abundant native labels, zines and distros supporting them. Yet, when it comes to black metal, there’s not much to write home about. There’s no distinctive national black metal-sound or -style like in Greece or France, and even though literally thousands of black metal bands have been founded on Germania’s soil, classic German black metal releases can be counted on one hand.

The rare gems amid heaps of mediocre and utterly embarrassing releases include albums by obscure acts like Nox Intempesta, Tha-Norr and most prominently Ungod. Unlike most of their compatriots in the metal scene, Ungod developed an unique sound and approach early on which bears loose semblance to what Beherit and Belial were up to at the time. Let us call it “rudimentary black metal.” But whereas the Finns adhere to the Sarcófago/Blasphemy-tradition, Ungod followed in Samael’s footsteps. Below is a quick run-down of two classic albums by the band, contrasted with their latest release from earlier this year. 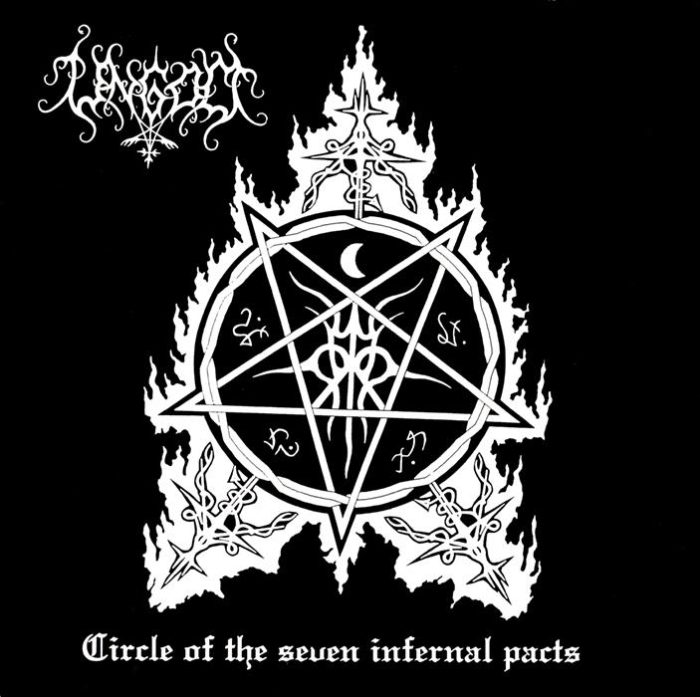 The minimalist and savage compositions on Circle of the Seven Infernal Pacts retains individual distinctiveness thanks to Ungod’s ability to weave sonic narratives from basic musical elements. The band cycles through unrefined yet memorable power chord riff-sequences to stake out the course of each song. Privileging raw melodic riffing, morbid atmospheres and a healthy dose of tempo shifts to mark dynamic change, Ungod could stylistically be likened to a blend of Worship Him–Samael and Under A Funeral Moon–Darkthrone as performed by a hardcore punk band.

Further enhancing the sonic experience is the cryptic aesthetics and organic, muddled production which succeed where others have failed in recreating a sense of medieval times. Taken as a whole, Circle of the Seven Infernal Pacts is a strangely suggestive album which conjures amorphous visions of vast, underground cave systems filled with whatever horrors the listener carries embedded in his mind. This album demands vivid imagination and active participation, which is probably why it went over most peoples’ heads back in the day. As it stands, Circle of the Seven Infernal Pacts could well be the crowning achievement of Teutonic black metal.

Ungod – Conquering What Once Was Ours 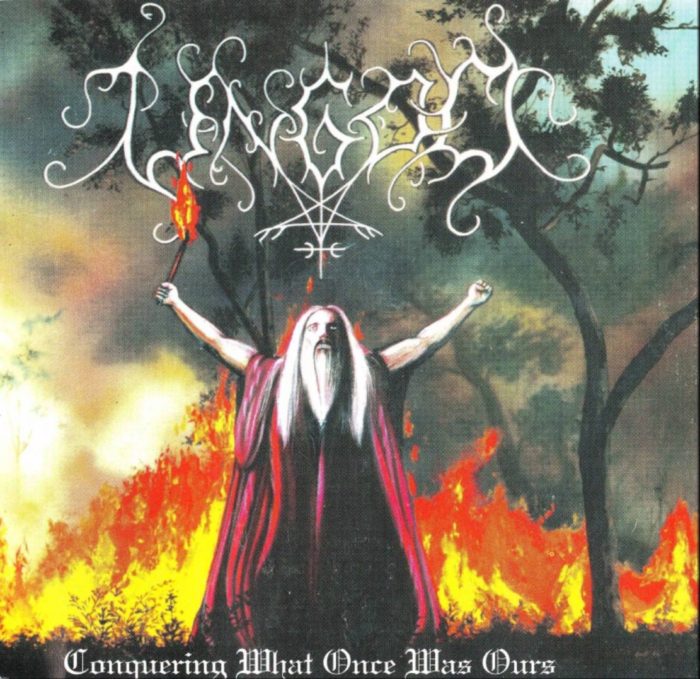 After their early cavernous excursions Ungod shifted focus on their second release Conquering What Once Was Ours. The move towards a warlike and stylistically more primitive sound could well have been a reaction against the increasingly populist and candy-soaked inflections that had begun to take their toll on black metal in the mid-to-late 1990s. Whereas the debut was brooding and suggestive, Conquering What Once Was Ours assumes the role of a demagogue urging for destruction. The organic and claustrophobic production of Circle Of The Seven Infernal Pacts has been replaced by a significantly clearer and spacious sonic diorama. It is as if the lurking beast of the debut has left its cave in full daylight to rejoice in the carnage of the battlefield.

Melodies are still abundant as distinct riff sequences dictate the course of basic but effective compositions, slightly reminiscent of Ildjarn or Impaled Nazarene. The individual riffs and their subsequent modulations aren’t particularly refined – in some cases the riff is varied by a simple key shift, leaving the pattern intact – but taken as a whole, the rudimentary phrases come together well and amount to something greater than the sum of the individual parts. Contrasting sections alternately build and release primal energies, like a battering ram tearing down the walls and columns of decadent cities through built-up kinetic force.

Brief but concise, Conquering What Once Was Ours is a captivating release that has drifted away into black metal oblivion, perhaps because its violent minimalism is easily mistaken for fatuous simplicity. It might require a few spins and a proper mindset before sinking in, but when it does it stays in your blood. 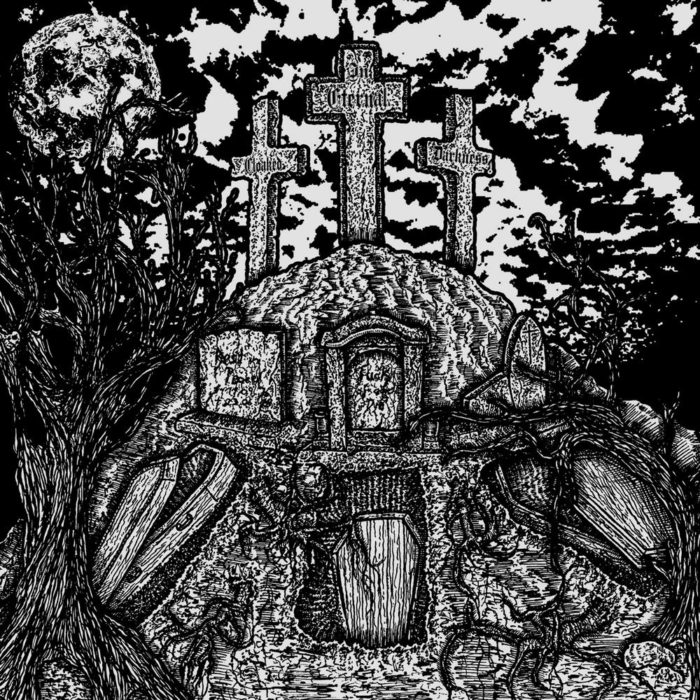 And then, an interval of two decades while black metal becomes popular, adulterates itself, and jumps the shark, left mostly as a punchline or living on as flavoring to indie rock bands.

Ungod rose again on metalhead radar in 2011 with a comeback album entitled Cloaked In Eternal Darkness. It appears as if the band has spent most of their free time writing excellent riffs, listening to the classics of proto-underground metal and searching for a filthy enough guitar-tone to match the new song-material. Judging from the outcome it was worth the wait, as this is the album Darkthrone wished they could’ve written after Total Death.

The big difference between Ungod and newer Darkthrone is that the former have actual songs to match the sound. Although Ungod wear their Celtic Frost influence like a badge of honor on this album, it works because they’ve managed to fully integrate the old school tropes within their own sonic universe. Compositionally, Ungod seem confident in working within the boundaries they laid down earlier in their career. This album offers few surprises and taken as a whole, Cloaked In Eternal Darkness is a bit monochromatic in its expression. But it works since the songs and their individual parts are morbidly captivating and, most importantly, Ungod has once again tapped into the much sought-after spring of fire which grants metal its overwhelming power.

After that surprisingly good comeback album, Ungod returned in the year of Our (Dark) Lord, 2016, with their third full-length album. Bewitched By Sins And Lust marks a break with the compositional standards established on the early albums and comes off as quite a letdown after the promising Cloaked In Eternal Darkness.

Ungod – Bewitched By Sins And Lust 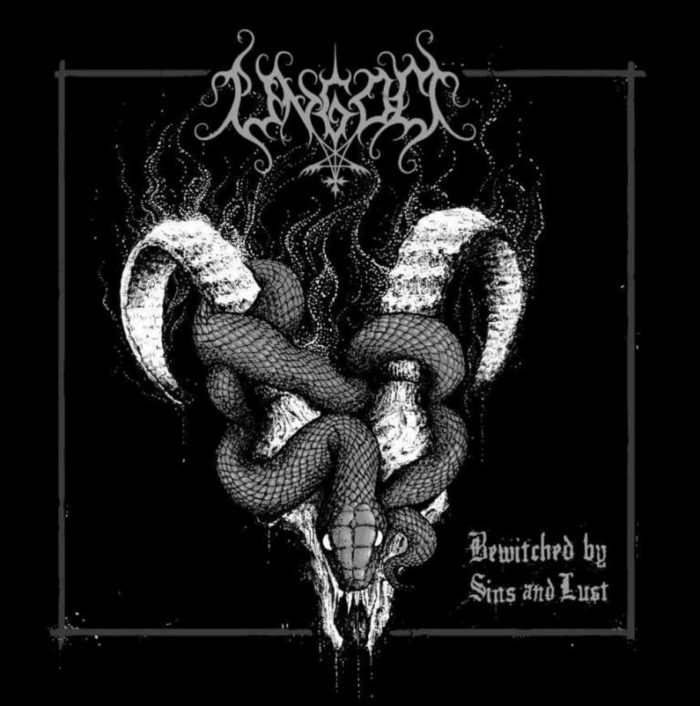 At first encounter, the no-frills “orthodox” black metal style and memorability of the song material leaves a favorable impression. The album hits the right spots, but after a couple of listens the sense of hollowness becomes increasingly evident. It’s truly a disheartening task to call the bluff on a legendary and still competent band, so the least a reviewer can do in a situation like this is to try to point out what needs to be fixed.

The shortcomings of Bewitched are easiest explained by comparing the album to earlier works by the band. On the surface, this album is stylistically and compositionally similar to previous releases in the sense of adopting an unadulterated and stripped down approach to black metal songwriting. However, a slight tear of the curtain exposes the true nature of these songs, which are fundamentally hook-driven pop-tunes embellished with metal tropes.

Where early Ungod crafted songs that evolved through cyclical repetition and modulation, the compositions on Bewitched move in circles. The songs end where they begun, something happened in between but it doesn’t really matter. What happened was that the band trudged through a couple of decent metal riffs. These weren’t particularly annoying, and they were all competently connected to each other – but they didn’t speak since ornaments have nothing of value to tell us. Neither did or could the riffs comment on each other for the same reason. The only purpose of these songs is to entertain us by being listenable, “raw” black metal.

In addition to lapses in the compositional department, the new Ungod adjusted its style to a less distinctive form that easily fits its new ornamental approach. The stylistic shift may be a consequence arising from slightly increased technical proficiency as their first couple of releases weren’t exactly monuments to virtuosity. Another related explanation could be increased creative input from newer members. Either way, the change was a bad decision since their new style is vastly inferior to those of yore.

In short, the biggest fault with the new approach is that Ungod’s music has become homogenized in an effort to reach a wider audience. They’ve taken basic components from a wide assortment of metal styles, reduced it to an even level to produce a bland kind of “universal black metal.” Perhaps a good idea if you want to push your stuff onto a wider audience, but not so clever if you have ambitions beyond sales-figures and high ratings in glossy metal magazines. At the center of this stylistic deviation is what we might call a lack of depth of expression; like most rock music, new Ungod is a mile wide and an inch deep, relying more on style than substance.

Despite their self-professed unsophistication, the people who wrote and performed the previous Ungod albums up to and including Cloaked In Eternal Darkness seem to have drawn inspiration from somewhere deep beneath or beyond this world, which was then channeled into black metal music. Bewitched By Sins And Lust on the other hand never leave the field of black metal aesthetics. It feels like a record about black metal – art pour l’art in the worst possible sense. Where Circle Of The Seven Infernal Pacts or Conquering What Once Was Ours stirred the imagination with intense and fantastic visions, Bewitched By Sins And Lust is more likely to evoke images of a couple of guys churning out raw, ripping black metal. The music is aesthetically pleasing, but empty.

To put it differently, the early Ungod-releases came close to the black metal ideal of channeling raw emotion into music and by extension function as a gateway out of the mental prison inhabited by most moderns. Bewitched By Sins And Lust on the other hand is completely tied up in black metal as a musical style, leaving the listener trapped in a world of self-referential symbols without any meaning outside of its of system.

Exalting The Excellent, Ignoring The Mediocre 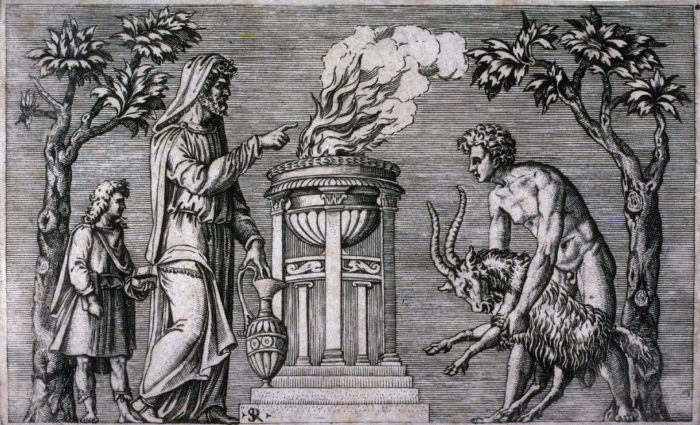 This might seem like a harsh judgment of a record that’s not so bad after all. However, good enough is the enemy of greatness, and it contradict the elitism of black metal to settle for a half-realized vision that obviously hopes to capture an audience with style alone. Ungod can produce far superior works, and in the future it may, especially as fans seem to have rejected Bewitched By Sins And Lust.

Like most things in life, paradoxes resolve with investigation. Ungod flew under the radar for having a style that was too indistinct at a time when people were looking for Norse-style black metal, then missed the boat again by unleashing an updated version in an age when the old fans had been replaced by people seeking the new rock or punk hybrids, indie-black and war metal, which is basically old punk rebirthed as fast chaotic metal.

And so we see why Ungod flew under the radar of metalheads. Its homebrew approach should have won fans, but the band backed off and seemed to fade away, and the followup was similarly not distinctive enough. At this point, reflecting the tentative nature of the German character in the postwar period, the band decided to hop on a trend and pitch itself to a modern audience, missing the boat yet again. Nevertheless, the first two works in the Ungod discography are essential listening for people who like black metal with an alienated soul and dark heart of fire.

24 thoughts on “Ungod: The German War Machine That Flies Under Metalhead Radar”