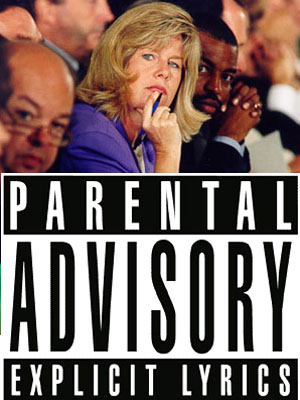 I am an introvert, but I tend to like people. I see in each of you a series of small (and in some cases, large) miracles. Biology and naturalism will always fascinate me, as will the study of the mind, and of reality itself. It is full of wonder.

That being said… I’m not going to agree with most of you on anything except the really obvious (Mental Funeral is Autopsy’s best album, nu-core is a misstep for metal, and the Cro-Mags trash almost all UK punk except Amebix and Discharge). I’m a realist, an active nihilist, and a perennialist. You will find my view of life either laughably stupid, appallingly Jack Londonism, or not materialistic enough. So it goes.

You’ll notice there are no ideological limits there, but it does overlap with some ideological questions. For example, is outright political debate acceptable here? Based on other failed experiments along these lines, it’s clear that it isn’t. It polarizes one way or the other and then all the users are compelled to fall into lock-step with Ideologies created and endorsed by large impersonal entities. I see no point in that, but it’s also not that easy. Our political outlooks are a product of our personalities and philosophies. They’re going to creep into everything we do, because the political outlook is the result of a philosophy of life. (It even extends to cooking and music listening.)

A new user recently wrote in with a complaint and eventually he said:

Came by your site again to check out thoughts on the new Carcass single but was put off the rampant homophobia in the comments section. Since I now know that you moderate comments and only post those that “contribute” to the conversation, I feel I must inform you that I will never be visiting deathmetal.org again.

Naturally, the true metalhead response is to give the finger and say, “Eat dicks, you clone!” Right?

I dunno. I’d rather people come could in, learn about metal, and learn about metal’s philosophy of life. I don’t trust the plastic Ideologies and I think we should look toward what a metal society would be like, which would probably resemble a cross between things found on Summoning and Voivod albums. But the point is, why erect a DO NOT ENTRY sign at the door, especially considering that most people are brainwashed by TV, parents, big media, the government, the Raelians, etc.?

When I started in metal, it was the Reagan 1980s. People were reclaiming a country that had split apart in 1968 and drifted into the easy pleasures of the 1970s. But like all compensations, this one over-compensated. As a result, thanks to (Democratic, ironically) politicians you could get carded as a 55-year-old man for buying an Eazy-E cassette tape, and people did get their asses pounded flat for being Communists.

In the 1990s, the shoe went on the other foot, and it’s still that way. You won’t find anyone in the whole metal sphere expressing a right-wing opinion, but they also take the sort of casual “yes, Mom” approach to leftist beliefs as well. Metalheads, even when they adopt Ideology, are skeptical of it. A metal society is one united by brotherhood of battle, honesty, realism and human desires to exceed the lowest common denominator, wherever it manifests itself. It doesn’t need or have Ideology. It has culture.

Thus, I’m going to demonstrate with my behavior what my ideals are. I’m going to ask our regular posters to be welcoming. I’m not going to ask you to stop using the term “gaydar.” I don’t care about political correctness, which as far as I’m concerned is just Communist-bashing in a new form, making people feel superior to others for having some point of view or another. I’m going to ask our anonymous commentator here also to grow up a bit and accept a difference of opinion. Just because he thinks his opinion is correct, and the media and government and large corporations agree with him, does not mean we should end the debate there. He should be welcoming as well.

You’ll notice this isn’t a rule. Yeah, I don’t believe in rules. They train us to be submissive and stop watching our own behavior for its actual consequences, and they make us resent authority because rules are blockheaded (literally: square and boxy, where life is elegant curves), in addition to being easy to sidestep and thus defining a new “minimum tolerance” standard which is quickly exploited. This is how we’d do it in a Hessian society: this is a good idea and we should adopt it.

But in that spirit — and to avoid blatant hypocrisy — the comments are open for discussion on this issue.

21 thoughts on “A word on protection of speech”