Jonas Stålhammar played lead guitar and the mellotron in God Macabre so he might do some cool stuff but the new record will of course most probably still be more GRID than God Macabre.

Swedish melodic Death Metal pioneers AT THE GATES are in the final stages of preparation for their upcoming new album, following up 2014’s acclaimed comeback release, “At War With Reality”.

After the departure announcement of founding guitarist Anders Björler in March, the group is now not only ready to give a comprehensive update on the new album’s status, but they can also announce the newest addition to their line-up ranks…

AT THE GATES are back!

“We have finally decided on a new guitar player, and we are ready to rip again! Actually he was our first choice, and we are happy to have him on board. Jonas Stålhammar has been a friend since the late eighties (Tomas used to tape trade with him back then!), and our paths have crossed many times during our careers.

We were looking for someone who had the same reference points as we do, someone from the same path, so to say, who understand the greatness of both Autopsy and King Crimson. Of course it was essential that our new member could fill the shoes of Anders’ performance-wise as well, but that was never an issue with Jonas. We were looking for someone with a deep understanding of what AT THE GATES are about, someone who could contribute creatively to the band.

Jonas Stålhammar will be a full member from day one, and will play on the upcoming full length album, scheduled for recording in November 2017 – January 2018.

We currently have 11 songs ready for said album, and are more inspired than perhaps ever before. You can expect a full-on AT THE GATES record with all the classic elements of the band. It is by far the most comprehensive album of the band to date, and will span all the way across the different elements of the band’s sound. 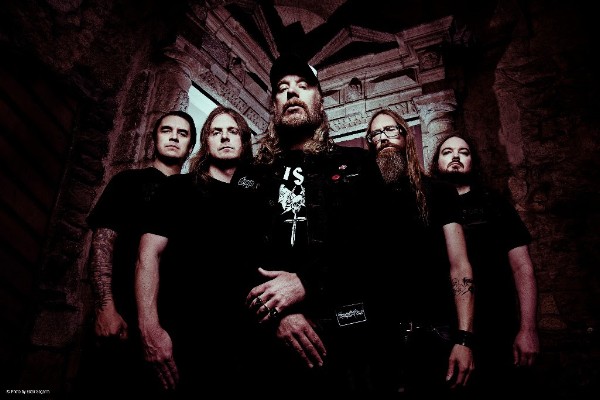 Jonas Stålhammar (pictured above) is currently a member of The Lurking Fear, Crippled Black Phoenix, Bombs Of Hades and God Macabre. He has previously played in Abhoth, Utumno and Macabre End.

Additionally, AT THE GATES have just announced their first live shows for 2018 to be as follows:

“At War With Reality” is available from CM Distro: https://www.cmdistro.de/Artist/At_The_Gates/1483

Here’s Terminal Spirit Disease, a slightly better At the Gates album that of course does not live up to their actually good ones with Alf Svensson:

Here’s The Winterlong, which is much, much better of course:

21 thoughts on “At the Gates Get New Guitarist & Festival Gigs”