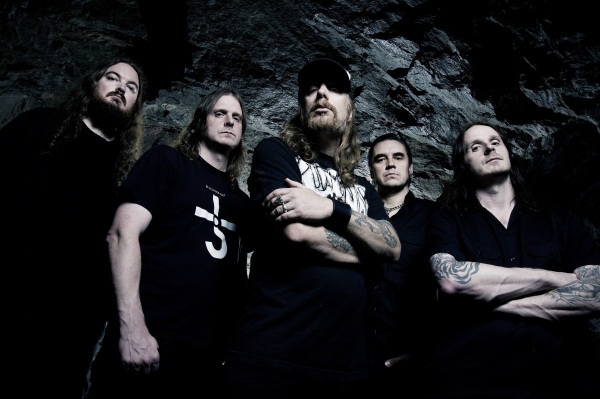 First observation from the newest At the Gates track is encouraging. This is clearly better than the sing-song candy-pop that blighted Slaughter of the Soul and ventures tentatively into the land of darker melodies and stark contrasts that defines the death metal approach to mood.

Approximating the descending chord progressions from Terminal Spirit Disease, “At War With Reality” reveals At the Gates applying the more popular aspects of their sound as a means of intensifying older-style tremolo riffs. The solo comes straight from modern death metal and incorporates many elements of older heavy metal and hard rock, and the song builds itself out of a strict verse-chorus loop with overlays and internal melodies via lead rhythm guitar. As such, “At War With Reality” does not return to the good old days, but mixes the later days of the formative period of this band with newer styles and produces a song with more depth and power than the singalong material of Slaughter of the Soul.

As far as those hoping for the complex arrangements and internal melodic dialogue of the first At the Gates album, “At War With Reality” does not go that far. It is however only one track from the album, albeit the title track, so the rest remains an unknown quantity. But this shows the band moving closer to a form of music which has greater intensity, and in the process tempering the lite jazz and post-hardcore/emo influences of recent death metal hybrids, and so takes a positive step for At the Gates and death metal as a whole.