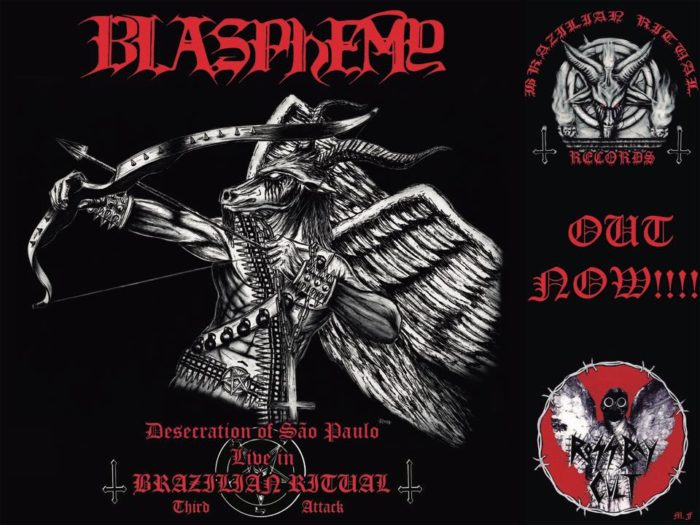 BLASPHEMY Live in Brazil!
CD out now! Soon, vinyl LP and cassette tape.
Watch your favourite mail order distributor to get your copy!

After many dedication and hardworking during the last years with my brothers R. Förster, Marcelo Fidelis and Eric Cavalcante, I’m proud and honored to announce the new release under Brazilian Ritual Records.

After 15 years of the last album released by the eternal Gods of War, BLASPHEMY is back with the new oficial live album recorded in 2013. Brazilian Ritual Records & Ross Bay Cult are able to present you this masterpiece of desecration in CD format (available now at http://brazilianritualrec.loja2.com.br ) and LP/CASSETE versions (available in February 2017).

BR III was one of the most evil show ever happened in South America and MUST BE IMMORTALIZED!!!! Darkness Prevails … ALWAYS …