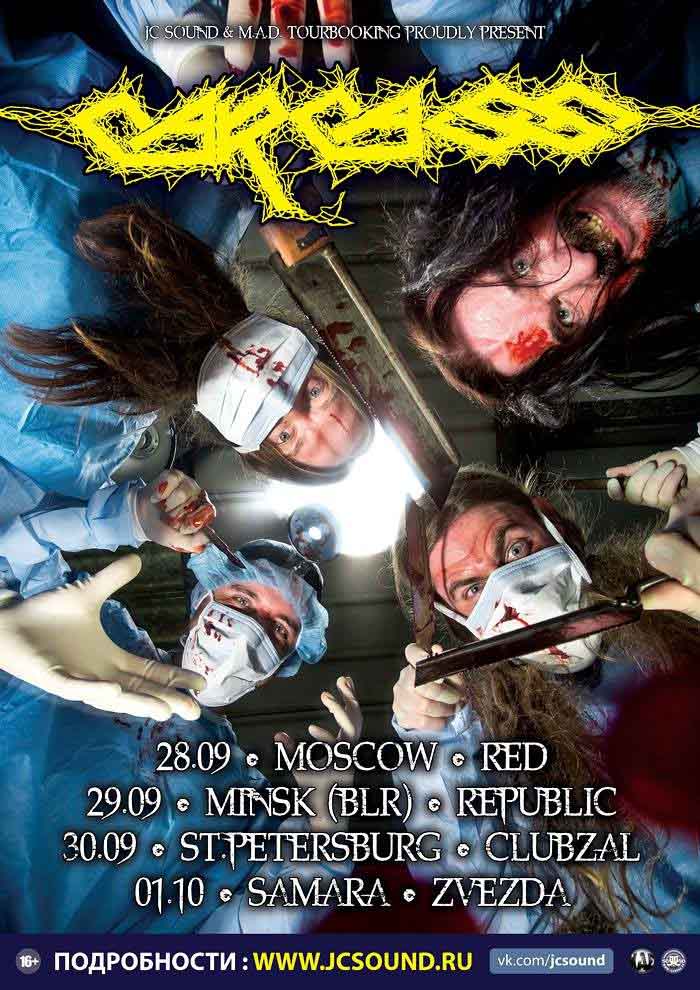 Carcass have been touring almost non-stop over the last few years, playing their “hits” and a few tracks from the awful Surgical Steel, including the ones that rip off “The Hellion” and “Holy Wars”.

Late September through October 1st, Carcass are playing a few gigs in the former Soviet Union. The band is still very solid live so Carcass fans in Moscow, Minsk, St. Petersburg, and Samara should check Carcass out. At worst, they will be hilariously awful like their drunken Wacken appearance: