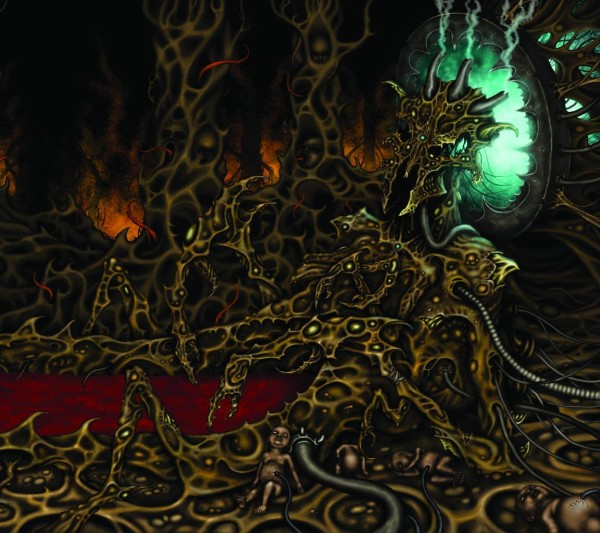 Back in 1993, Demilich released a killer album entitled Nespithe. The album innovated consciously in every way possible. It took the audience a decade to warm up to it, but by the time Demilich re-united in 2006 for a reunion tour, death metal had fully bonded with this inventive act.

Fast forward a few more years and Demilich is finally getting the recognition it deserves through re-releases of its classic material. These were originally planned in 2006, but got delayed a bit as the wheels of music justice ground. Demilich has just announced the release of a limited edition box set with a 44-page booklet, sticker and new cover art.

The set comes with cover art by Turkka G. Rantanen, above, and a fold-out A2/B2 size poster with art by David Mikkelsen, below. The box set comes in 2CD and 3LP forms and is called The 20th Anniversary of Emptiness, available through Svart Records in late 2013. 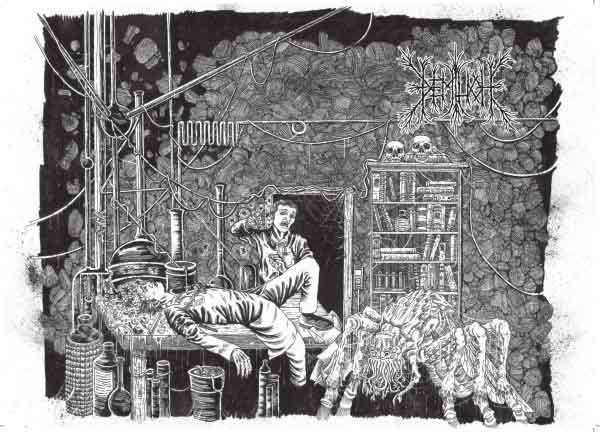 …Somewhere Inside the Bowels of Endlessness… (1992)

The Four Instructive Tales …of Decomposition (1991)