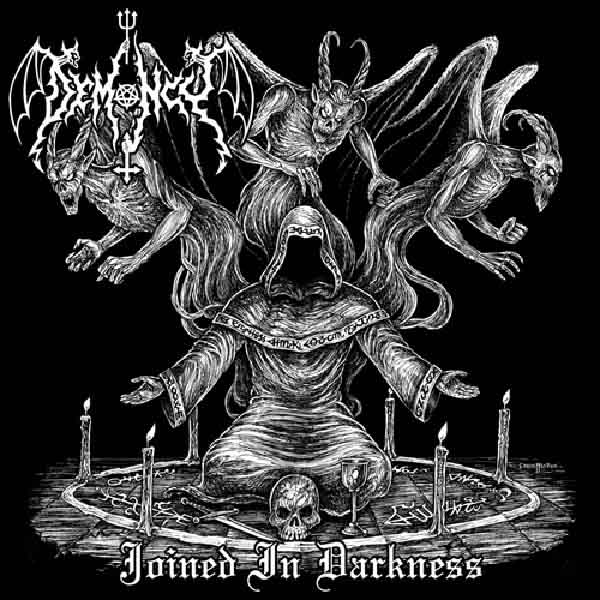 This re-issue gives a classic black metal treatment to this underground powerhouse, which previously was heard as being more of a death metal album owing to its production more resembling that of the Incantation/Revenant vein of metal, in addition to many of its riffs fitting within the same form. With more spacious sound, the album sounds more distant and less loud which gives it a background resembling that of the Norse black metal which inspired the first wave of black metal. This more resonant sound brings out more of the tone in these songs and allows the melodic sense to shine, giving the album as a whole less abrasion but more atmosphere. As if to underscore this choice, the re-issue includes “The Ode to Eternal Darkness,” a nine-minute song which emphasizes the building of mood through repetition with internal melody in the style of black metal bands recognized more for their melodic sensibility. Although I am a sentimental bastard prone to like what I know, I prefer this mix to the original or the intermediate re-issue and hope the same treatment is given to other Demoncy albums which remain under-recognized despite their high quality.

With art by Chris Moyen and this powerful new sound, the Forever Plagued Records re-issue of Joined in Darkness stands poised to introduce a new generation of fans to one of the top handful of black metal releases to come from the New World.