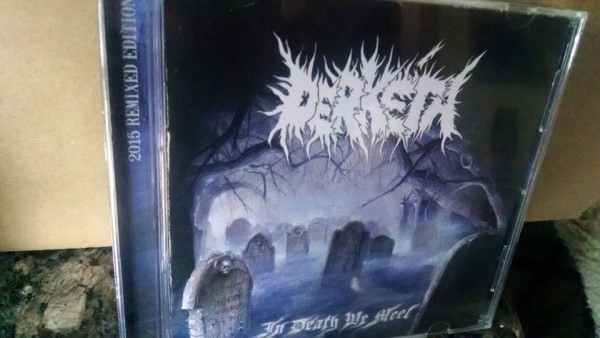 Philadelphia death metal band Derkéta has re-issued its 2012 album In Death We Meet with bonus tracks.

The album contains eight unreleased songs that were written between 1991 – 2010. Remixed/remastered by Ola Lindgren from Grave in 2014. CD includes the Darkness Fades Life 7″ bonus tracks including a cover of Sepultura’s “Troops of Doom.”

2 thoughts on “Derketa re-issues In Death We Meet”