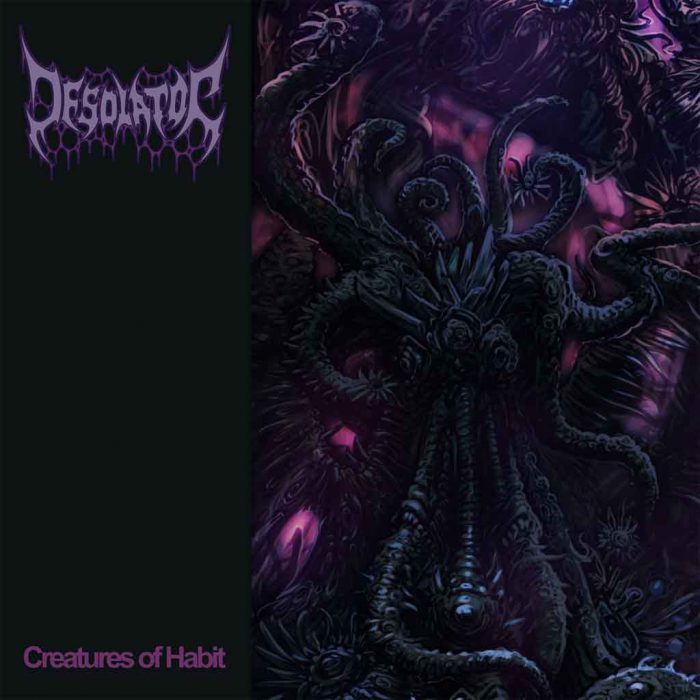 At this point, trying to make Swedish death metal requires both living up to a rich cultural legacy and finding some way to change it without losing its selling points, meaning that Desolator as a Swedish band faces an uphill climb. Its solution involves being a three-way hybrid.

Creatures of Habit combines contemporary progressive simplified death metal like Immolation with trudging anthemic material like Six Feet Under and the aggregate of later Swedish death metal from the 1990s, ending up with a release that takes lots of sudden turns and starts, but returns to fist-pumping choruses.

This album consequently manages to keep interest without ever going into anything too weird, since even its progressive touches aim for aesthetics more than manipulating harmony, and it is driven by melody and a structure which responds to it in order to accent its continuity. This preserves the violent energy we expect from Sweden!