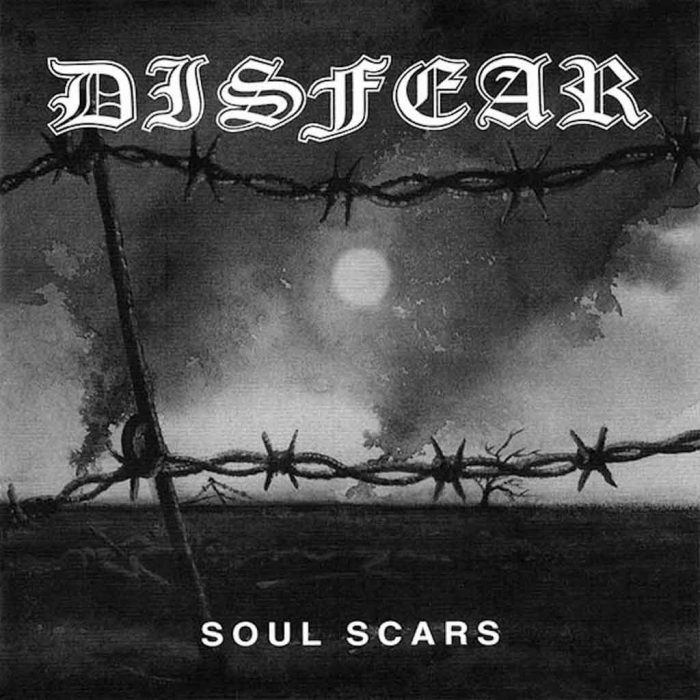 Swedish crust punks Disfear have announced that their debut record Soul Scars will be reissued on vinyl LP on May 8th, 2020. The band, famous for their hybrid of d-beat hardcore, grindcore, and Swedish style melodic death metal introduced the most complete form of their sound on that album.

The band have issued the following statement:

Coming up on the 25 year anniversary of the release of Soul Scars, originally released in May 1995, we celebrate the occasion with a repress of the album on vinyl, with our friends La Familia Releases, Havoc Records, and Punkdistro.de, and on streaming services with the help of our pals at Relapse Records. Thanks guys!

The pre-sale for Disfear’s Soul Scars LP has started last week and is overwhelming!

The limited colored version on purple-marbles vinyl is almost sold out from us!! There are only eight copies left…first come, first serve!

The record is still in production but we´re right in time! Release date will be MAY 08!!

Fans of hardcore punk and in particular Discharge will find something of enduring quality in this hard to find, and thankfully re-released record. Now we look forward to a CD re-issue since vinyls are hard to play in the car or on boats.