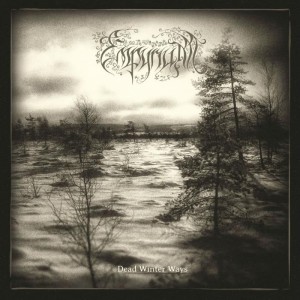 Somewhat reclusive epic folk/funeral doom band Empyrium will be playing live in Berlin on November 22, 2013, and in advance of this are releasing Dead Winter Days on 12″ EP.

Dead Winter Days is described as a preview of Empyrium’s 2014 return to form, The Turn of the Tides, following their successful Into the Pantheon live DVD/CD release.

According to Prophecy Productions, the band’s record label, the live set will involve a grand piano as well as other folk instrumentation and a new selection of classic songs for an intense performance.