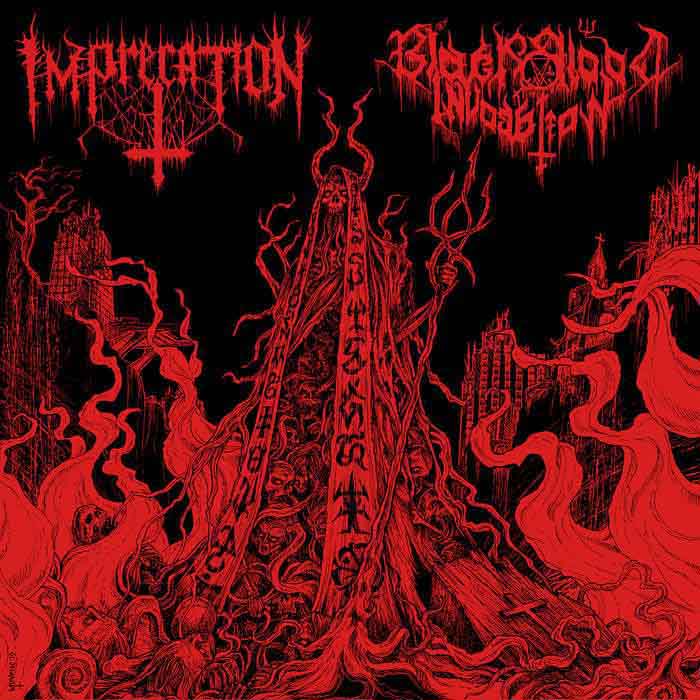 Famous for building doom metal style groove into a blasphemous fusion of Incantation and Asphyx, Imprecation have of late explored more of the ritual and Danzig-style heavy metal aspects of their musical vision, “Swine Full of Maggots” combines brutal barebones death metal with grindcore-style interstitial riffs and a melodic pre-chorus which gives breathing room to the layers of riffing.

Following the Incantation model from its second and third albums, atmospheric elements influence the transition into the final chapter of the song, leading to more of a pure rhythm and dynamics approach which produces a mantra-like chant. This track raises expectations for the forthcoming album, going its own way in a time when most of the “mainstream underground” have imitated each other into heat-death.