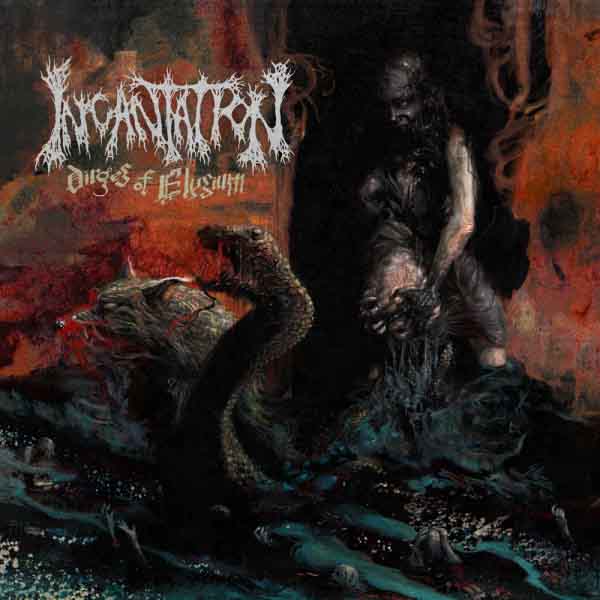 Foundational death metal band Incantation have released the first single off their upcoming album, Dirges of Elysium. Entitled “Carrion Prophecy,” the single showcases Incantation widening the extent of their genre limit and leaning in the direction of modernity’s post-death metal doom/sludge marketplace.

While half of the song creeps by in this fashion, which is far below the par of structural arrangement Incantation has demonstrated in the past, the track picks up whenever this riff fragment concludes. Here, the band plays more to the level of their ability of merging torrential bursts of arpeggiation alongside their unique rhythmic signature of straightforward American death metal alongside the more dextrous, syncopated “push-pull” structures that easily identify bands from that original era and location, including Immolation alongside Incantation.

Incantation’s throwback to their past discography along with more mainstream song structures lends credence to the notion that Dirges of Elysiumwill be similar to their last album, Vanquish in Vengeance, which surpassed the artistic vision of many contemporary releases but ultimately fell short of the artistic heights of the past. However, we here at DMU headquarters remain hopeful that this track is merely intended for commercial distribution and does not necessarily reflect the tone of the entire album.

Dirges of Elysium will be released, in the US, on June 24th via Listenable Records.

30 thoughts on “Incantation – “Carrion Prophecy” from Dirges of Elysium”