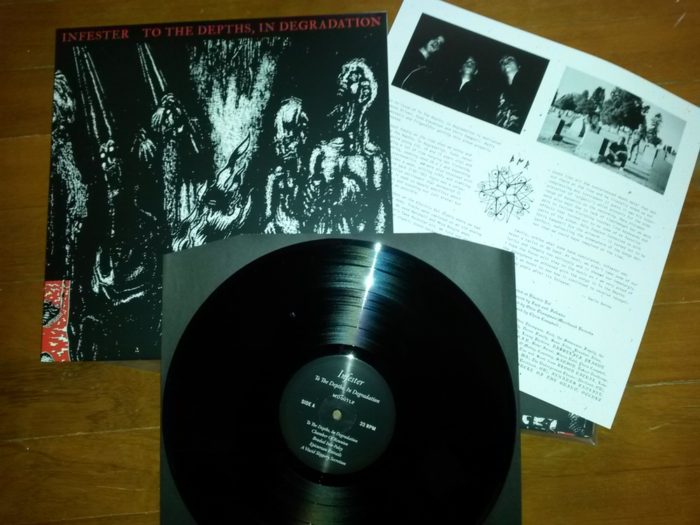 Official re-issue of this 1994 classic – Original artwork attended by Tilmann, liner notes from DJ D. Audio re-mastered by Dan Lowndes for both LP and CD with volume levels between tracks fixed.
“Unearthly infernal sounds of majestic Death Metal with an epic attention span, Infester innovated a new style of metal and inspired many of the recent technical Death Metal inventors.”

7 thoughts on “Infester – To The Depths, In Degradation Reissue Out Now”