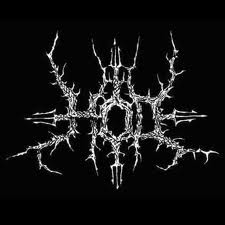 San Antonio’s Hod are no strangers to the metal scene. Seemingly playing live every weekend in Texas, they’ve amassed a strong underground following since their inception in 2007.

I received an exclusive listen to three of the songs that will be on their sophomore album Book of the Worm. Fans of their first album Serpent will be appropriately pleased with this stronger display, which is a natural progression from their earlier material. The most noticeable difference is that the drums are played faster than their earlier recordings. The riffs flow like they did on Serpent, but with more dynamics.

Carl “Lord Necron” Snyder shed some light on the band’s progressions throughout its existence:

In 2007, Hod released its debut demo, Cry and Piss Yourself, which led to Ibex Moon Records releasing your debut album Serpent in 2009. How would you say your music has progressed since Serpent?

The band has jelled together more. I believe the writing flows better. The band has a better and vision and identity of where it is going. Also we have a quite a few lineup of changes which has left me as the sole riff writer of the band up till now. So our next album Book of the Worm was placed on my shoulders to finish up and do all the guitar tracking. The good news is Blackwolf our new guitarist is bringing some devastating riffs to the table for new material.

You’ve been involved in the Texas Metal scene since it began, involving yourself numerous bands. How would you compare the early days to the Texas scene today?

The 80s and early 90s had much better turnouts for shows. Local shows were way more attended than nowadays. But I think now it easier for your music to reach more people with the internet. So more people are listening, but less are attending. MP3 culture is a double edge sword. So much is available but people do not get absorbed into albums like they used to. Kids download entire discographies of bands, and fly through the albums. How can you really grasp an album that fast. We used to buy maybe three albums tops over a two week period and just listen to those records over and over. But I admit quality control was better back then too. How are you going to say getting Seven Churches, Bonded By Blood, and Hell Awaits at the record shop compares to getting 25 albums on MP3 by some obscure bands that you are never going to listen to again.

HOD is known as one of the most hardworking bands in Texas, playing live every weekend it seems. This appears to be a 180 since your Thornspawn days. Has playing live often strengthened the band?

Of course playing live strengthens the band. Your band can only improve by taking the stage. Real bands play live. Real men take to the stage. This nonsense of just releasing music and never performing live is boring and a waste of time. The true power of metal is to hear in its organic form live. You cannot beat that feeling. Keep your bedroom bands in the bedroom, and stop trying to compete with real bands. I hate it and it needs to be put to a death.

The Texas scene is looking forward to your next album, Book of the Worm, can you shed some light on it for our readers? Lyrical themes, progression in sound, etc.

We all know what to expect from Hod. Death and Darkness. More Lovecraftian themes and influences in the lyrics for sure. It will be better produced for sure. The guitar tone is crushing! The tempo is faster. It’s like Serpent x 100. Beer’s vocal performance is just deranged and his delivery has really improved.

Will all of the songs featured on the “Uncreated” demo be on your full-length? Is there label lined up already, or is this demo to get a new one?

Yes they will. That is why the demo is being printed up super-limited. The demo is to showcase the material for the album. We are not sure what label we will go with. We are in no rush just to get it out. We will make sure when we sign with a label it is what we want. Also, we wanted the people that had been loyal to Hod to hear some of the new stuff.

What have been Hod’s most successful/memorable shows?

The tour with Marduk was quite an experience. They set the bar high every night and it opens your eyes to what you have to do to make an impression in the metal scene. Canadian Metal fans rule. Of course Houston scene is awesome. Austin is strong too. Mesa Arizona was killer when we toured with Monstrosity. Sorry for no specifics. It kinda all runs together at this point.

What advice would your give to the younger metal bands that are emerging in Texas?

Just practice hard and be ready to lay it all on the stage. Don’t get up there unsure of yourself. Don’t waste your time and more importantly the audiences’ time. Be prepared. Because most likely it will not go smooth. Record a kickass demo too! Don’t worry about freaking getting signed right off the bat.

You live and breathe the old school, what are your all-time favorite albums?

4 thoughts on “Interview with Lord Necron of Hod”