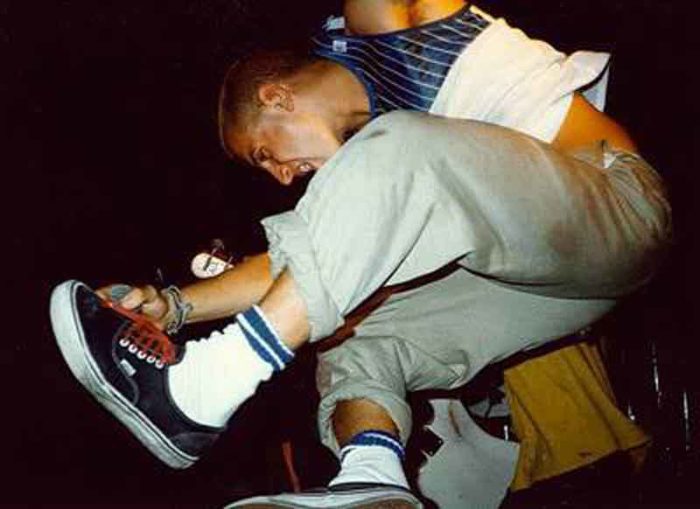 Back in the 1980s, a number of hardcore punk bands mostly in the New York area began to be influenced by Hare Krishna and Hindu ideas. They formed a pseudo-genre of their own, dropping out of the existing hardcore scenes to pursue a life of relative sanity and create music that channeled raw rage into a more meditative outlook.

A group of filmmakers recently decided to revive interest in this somewhat forgotten time period with a documentary film. The teaser has just been released, and can be viewed here: