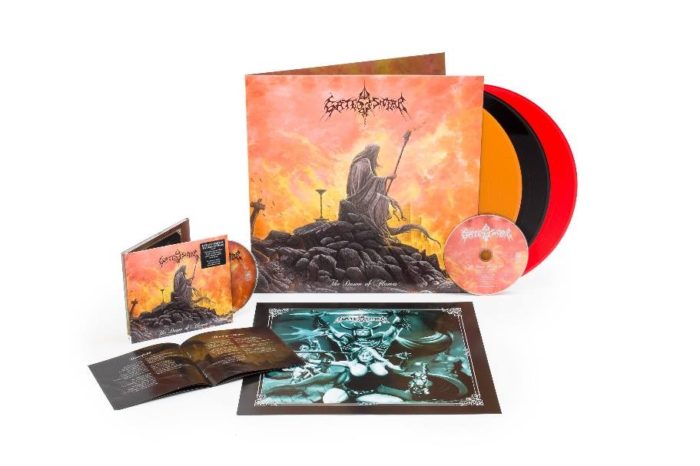 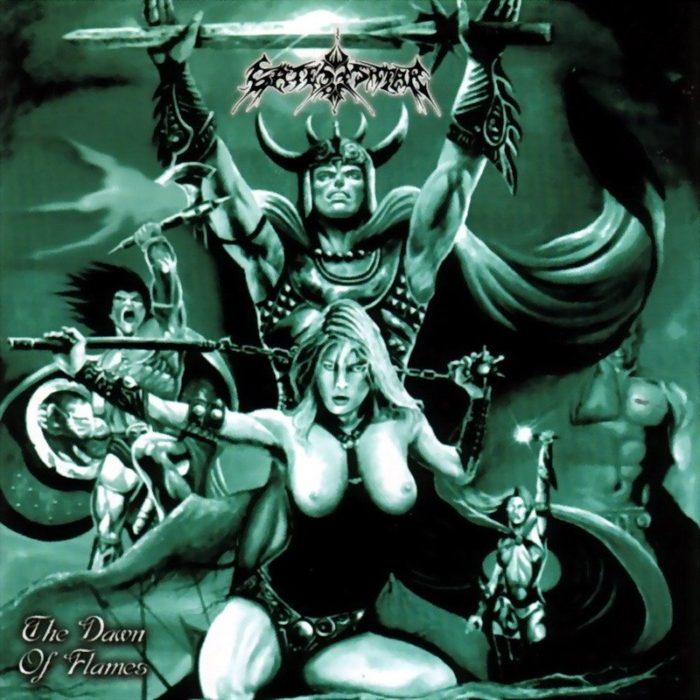 The Dawn of Flames famously jacked the art from Canadian speed metal band Exciter’s Long Live the Loud with the busty woman at the triumphant warrior’s feet. That album, while not anywhere near great or close to Exciter’s best, is still infinitely superior to anything Gates of Ishtar could have hoped to write in their sad musical career in the shadow of superior, more successful Swedish bands. Do not buy this as Gates of Ishtar’s albums were not lost gems or underrated; they were utter crap as the McDonald’s version of In Flames, themselves the Hot Topic Iron Maiden. 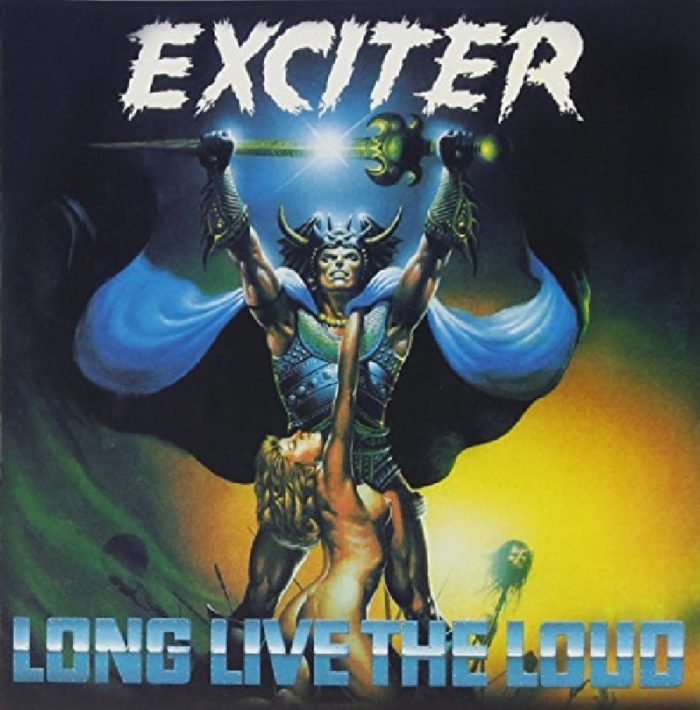 From Gates of Ishtar’s Funbook page:

GATES OF ISHTAR – re-issues of “The Dawn Of Flames” and “At Dusk And Forever” out now!

“This was supposed to be something totally different. We made a united decision to let Century Media re-release our albums to make them available again for you, our fans. We were all excited and new plans were made for the future of GATES OF ISHTAR, including an exclusive live performance at Party-San festival to celebrate the 20 year anniversary of our debut “A Bloodred Path”. We all were looking forward to play together again and meet the fans who have kept our music alive in their hearts for all these years. Then Oscar died and in the aftermath of the tragedy these re-releases found a greater purpose. It will be a legacy of Oscar’s musicianship and a support for Charlie, his son.
We miss you brother, forever in our hearts!”

IMPORTANT NOTE:
Due to unforeseen circumstances the re-release of GATES OF ISHTAR’s debut album “A Bloodred Path” had to be postponed to December 1st 2017. Some few copies are already circulating. We want to advise you not to pay huge amounts of money at Ebay, Discogs or other platforms where the CDs and LPs might show up. Just be patient and wait for the pre-order news from Century Media in autumn 2017.

All albums have been re-mastered at the Dugout Studios (Meshuggah, Behemoth, In Flames) for the best possible sound quality, offering you GATES OF ISHTAR’s music on a whole new level. Patrick Engel of Temple Of Disharmony (Dissection, Asphyx, Tiamat and many more) has done a special vinyl mastering.

As the original cover artworks where either really ugly and not approved by the band (“The Dawn Of Flames”) or used without permission (“At Dusk And Forever”), both re-issues come with brand new artworks done by the talented Mr. Juanjo Castellano, who many of you will know from his work for bands such as Vomitory, Obscure Infinity or Portrait.

Rounded up by liner notes, new layouts and a nice packaging (Digipak CD, Gatefold LP + lyric sheet and 180 g vinyl), these albums are mandatory purchases for everyone into real Swedish melodic death/black metal from ancient times.

The colour split of the LP versions is as follows: