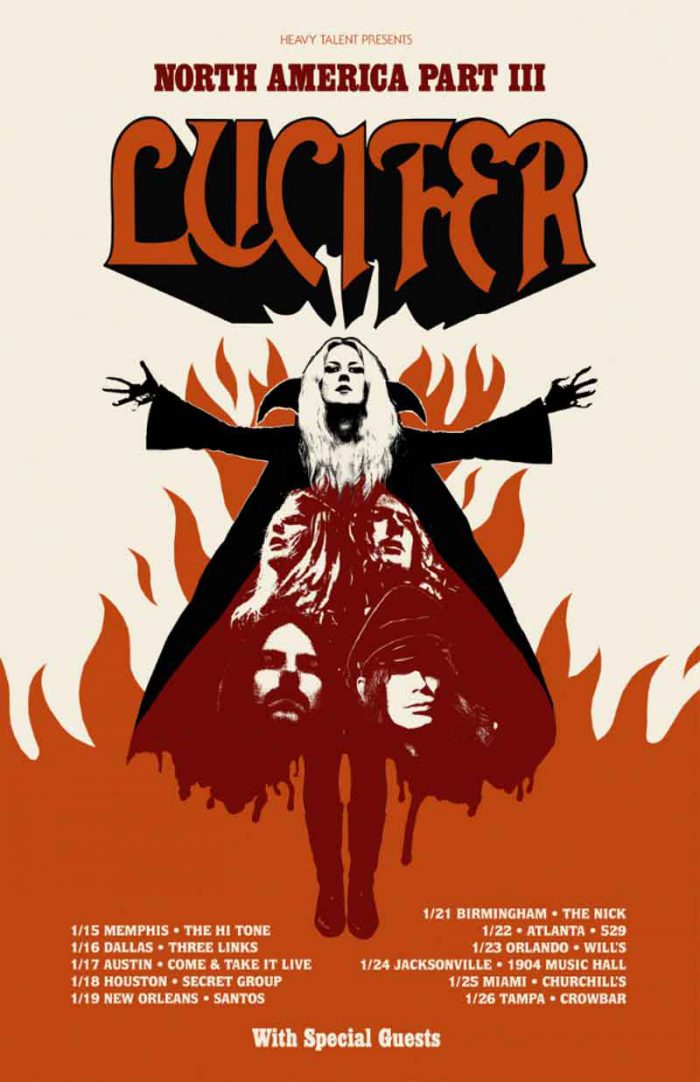 The band has been touring in support of their recent full-length album Lucifer II. Having previously performed at KISS Cruise, Psycho Las Vegas, Desertfest, Hellfest, Muskelrock, Sweden Rock, and Freak Valley, Lucifer heads out on the North America Part II Tour 2019 in 2020.

Having just wrapped a tour with The Hellacopters for select European shows in May and their first two North American headline tours, the band is celebrating the success of Lucifer II, which charted at #40 on the German charts, #1 on the Swedish vinyl and hard rock charts, and #2 on the physical album charts.