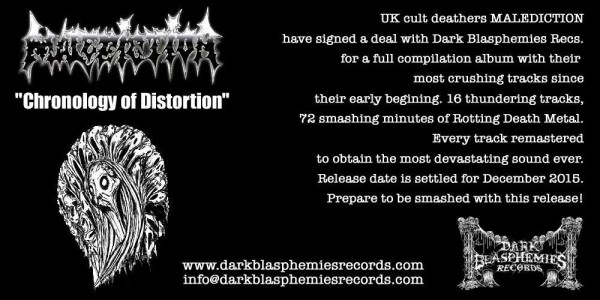 Known for their laconic take on the Morbid Angel style of phrasal guitar riffs woven together into a narrative, Malediction specialized in using selective melody and introspective lead guitar to create a unique vision of the death metal style. Fans who could not get the songs on Chronicles of Dissention the first time around will appreciate these lost classics finally coming to light.