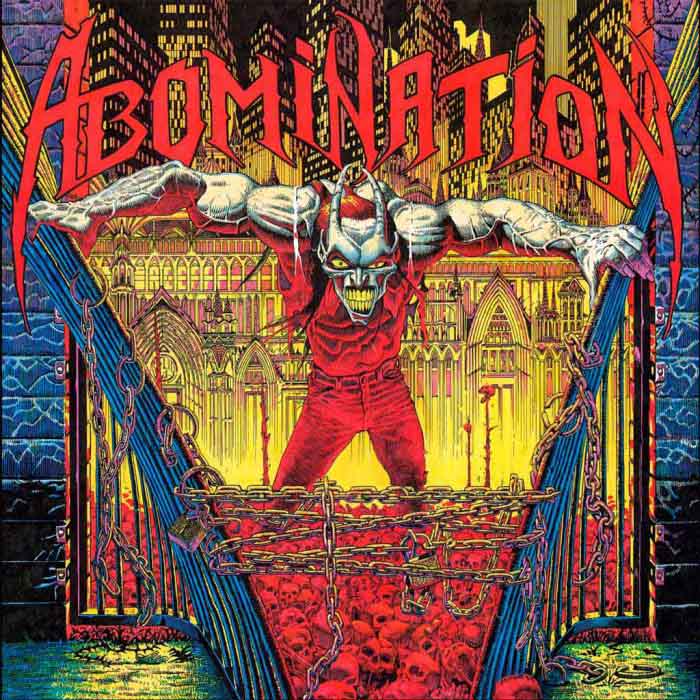 One of the heads of the Paul Speckmann hydra — Death Strike, Funeral Bitch, Master, Abomination, and Speckmann Project — Abomination presented an early vision of the grinding punk, speed metal, and 1970s rock fusion that formed the basis of the Speckmann ideal of death metal.

MDD records adds the first Abomination album, Abomination, from 1990 to its re-issue catalog. The label states:

Founded in 1987, Abomination quickly made it out of the Chicago haze, also thanks to Paul Speckmann, who made a lot of steam and steered the ship precisely on course. Many tours followed. Since 2011, the band has only been performing sporadically, as Paul Speckmann is focusing on his other baby “Master”. Nevertheless, it is important that an album like this one is made available. Originating in the primordial soup of the death metal movement, one can confidently speak of a valuable piece of music history.

You can order your copy at the MDD records shop.