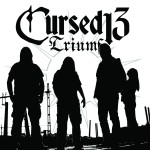 At some point, every artist must ask themselves who their audience is. For some, it’s the inexperienced. Cursed 13 would be OK as your first metal band, the one you listen to and swear is really cool and then you get distracted by something like a fishing trip and when you come back you just forget to listen to it ever again. This is metalcore: it uses late hardcore pacing, emphasizes the vocalist as the individual listener, keeps a groove to its riffs and uses them as contrast rather than motifs. No narrative evolves from this. It’s verse-chorus in the minor key bittersweet sounds of indie rock, but with death metal vocals and heavy distortion. Why not just be a shoegaze band instead? That way, at least you’d be aesthetically pleasant. As it is, this is just boring. 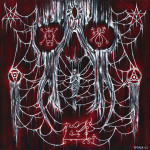 Marshal McLuhan said that in our postmodern time, the medium is the message. To a large degree that’s true, and sometimes you just want old school death metal to blast at the neighbors to fly the flag of an eternal truth discovered with particular insight during the underground days. However, Vasaeleth is something boring. They rely on very primitive riffs in very predictable ways, which doesn’t create the awesome assault of randomness or idiosyncrasy that many old school bands fostered, but instead a sense of plodding. We know, for example, that a riff designed to emulate old Demoncy and Incantation will cycle between two chords, and Vasaeleth have picked two a third or a fifth apart, and beyond that the riff is essentially an extended chromatic fill. Because it is so focused on upholding the past, it loses much of the ability to use that chromatic fill toward a phrasal end, so we hear the thudding drums alternating between two chords with some guitar stuff fuzzing around in-between. It’s a shame; I like this, and I’d like to really like it, but it’s getting filed with Mortician and Six Feet Under as too musically obvious to stand up to repeated listening. 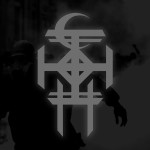 Everybody’s jumping on the doom metal bandwagon. The metalcore bandwagon popped a spoke, then the retro wagon hit a pothole and the stoner doom/sludge bandwagon got stopped by small town police. What’s left? Take the exact same watered-down 1980s-indie/1980s-late-hardcore mix and turn it into doom metal. Corrections House is basically rock with some doom riffs, a whole lot of Gothic atmosphere and an energetic punk vibe, but wrapped around the exact same songs they would have puked out as an indie-rock, alternative-rock, post-metal, etc. etc. all these genres are the same, etc. band. What they do well is make doomish metal catchy by letting the aforementioned Gothic elements ride over everything else. If you ever wondered with a Paradise Lost/Type O Negative crossover would sound like, here’s your answer. 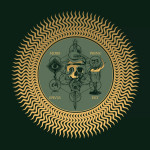 This is a band playing a psychedelic hybrid with funeral doom, using extensive variety of riffs within their songs, but shying away from the metal style of riffcraft for a more static style. This approach, like Djent or many Nile tracks, relies less on creating riff phrases than to use rhythm to chop up a few chords into an interesting texture. Here, the texture is less important than using the chords to sketch out a basic progression for harmonizing, and while many of these progressions are doomy most show some influence by indie rock and approximate a cross between Skepticism, My Bloody Valentine and Catherine Wheel. The result is sensitive and has depth, just as its riffs develop a theme, but it is ultimately not convincing beyond aesthetics and so will not stand out as a classic of this genre.

If you want to talk about a band that brings out mixed emotions, Deprecated is it. Listen to my two-word assessment: excellent deathgrind. That means this is excellent, but also, that it’s deathgrind. You can’t have one without the other. Thus we have to talk about deathgrind. Death metal focuses on the relationship between riffs; deathgrind focuses on forcing the listener into a strict rhythmic pattern and making them expect the consistency of it so it can be fragment. It’s sort of like Stalinist propaganda; you’re supposed to chant “All Glory to Mother HypnoRussia!” until the officials in charge announce that something has gone wrong, at which point you must call for the blood of Emmanuel Goldstein or Julian Assange or whoever else is the official enemy that afternoon. The result is that deathgrind is excruciating at least for this music-reviewer to listen to. For one thing, all the neat interplay between riffs that changed the context of choruses is gone; instead, the verse builds up a rhythm and the chorus breaks it, then affirms it. And the rhythms are brutally basic, very familiar in that we could assign them to common tasks: chopping wood, loosening the transmission case, beating a recalcitrant child, etc. Add to that the detuned chromatic “first five” use of the fretboard, and the result sounds like listening to “America’s Best Landslides” on an old TV with blown speakers. It’s good, but I really hate this style and can’t get past that. 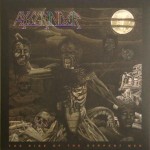 Axegrinder – Rise of the Serpent Men

I thoroughly enjoyed this release but, as with much of punk, wonder how often I would repeat listen. Axegrinder is like a cross between later Amebix and earlier Amebix, so it has the rawness of Arise! with the more comfortable song structures of Monolith. The best way to describe Rise of the Serpent Men is accommodating. It has all the aesthetic elements of crustcore that we’ve come to expect, uses very familiar chord progressions in slightly unusual ways, and has a good sense of rhythm. Each song is reasonable distinct and very listenable. The only challenge is whether that’s enough to get over the boredom valley. 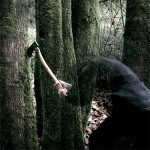 Sounding very much like late-1980s hardcore with the precision techniques that came about in the 1990s, Bushcraft is a punk album that mixes raw riffs with quirky dissonant hooks and open chords. The result is a ranting tirade that ends in an ornament and thus sticks in your mind like a pop song, such that you don’t notice how much of this is three-chord riffs under ranting vocals. It’s well-executed but sounds like many other bands and despite the high degree of instrumentalism, doesn’t manage anything more compelling than hook. 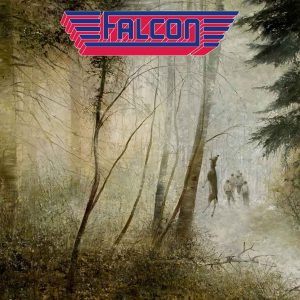 Whether ironic or not, this band is pure retro, combining 1970s progressive rock, hard rock, album-oriented-rock, soft rock and music you would hear at a skating rink. Falcon have no intent to make unique riffs, but rather to borrow riffs, rhythms and conventions and use them to cloak new songs which have more in common with the independent alternative rock of the early 2000s. They’re bittersweet, lost and melancholic songs, full of longing and insecurity with a vast backdrop of sadness at a civilization disintegration from within. If you have ever looked at younger people and spared them a moment of compassion for how lost in nostalgia and emotion they are, this music puts a soundtrack to that feeling. It also pumps out high-energy songs that are distinctive and highly listenable. The only thing that keeps me from listening to this again is that I hate the style, but it’s more competent than 99% of metal and far more musical. 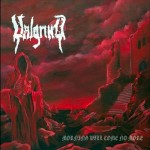 Valgrind – Morning Will Come No More

How you approach a project determines much of the outcome. In this case, the band wanted to entertain, so they made songs with lots of variation, and sacrificed internal cohesion to that aesthetic ideal. The result is like riding a subway through a dream where it stops at random cities where people do random things, and at the end of the line, you remember nothing other than that it took some time. Valgrind have a number of tasty riffs, but inevitably they clown those by following up with chanty nu-core vocals, sweeping jingle-riffs, or comical absurdities of hard rock riffs taken to an extreme. You can appreciate any moment of this album, but when you add it up, it’s not something you want to hear again. 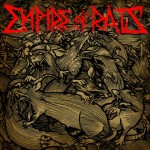 Did you ever wonder about the reason they had warning stickers telling you not to drink the rat poison, etching fluid or platen cleaner? That’s because some kids would chug it right on down without sniffing it first, or even wondering why anyone would drink something from a filthy bottle under the sink. The point of that factoid is that everyone needs different music. Empire of Rats is metalcore from the 1980s definition which means that it uses punk riffs with metal pacing and standoffish vocal rhythms in the style of Pantera or other hip-hop influenced bands. Thus what you have is good hardcore with the worst stylistic aspects of tough guy mainstream metal and punk. On numerous moments, I wanted to like this, but it wore me down through simple loudness and simple dumbness, much the way no amount of Fer-Dime’s candybag leads could sweeten up the fundamental skull-throbbing monotony of Pantera.