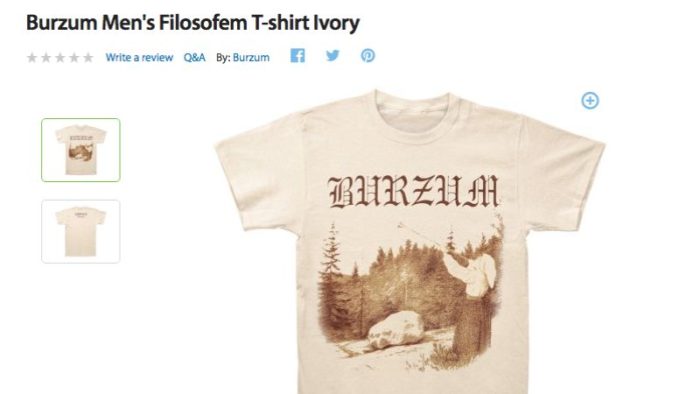 Wal-Mart stocks numerous titles from open, card-carrying members of the black supremacist Five-Percent Nation such as Jay-Z, Erykah Badu, Carmello Anthony, Rakim, Big Daddy Kane, and Busta Rhymes.The Five-Percent Nation is a Nation of Islam splinter group who believe that black men are God made flesh and that whites are actual devils to be exterminated in a future race war. Varg Vikernes in contrast, is not a Nazi nor a member of any political or religious organization advocating the extermination of other peoples and cultures. The A.V. Club and Wal-Mart are targeted Vikernes due to his popularity, white skin, and Norwegian heritage. Fans may still purchase Burzum merchandise from mainstream American retailers such as Amazon and Sears.

32 thoughts on “#Metalgate: The A.V.Club Gets Burzum Merch Pulled From Wal-Mart”