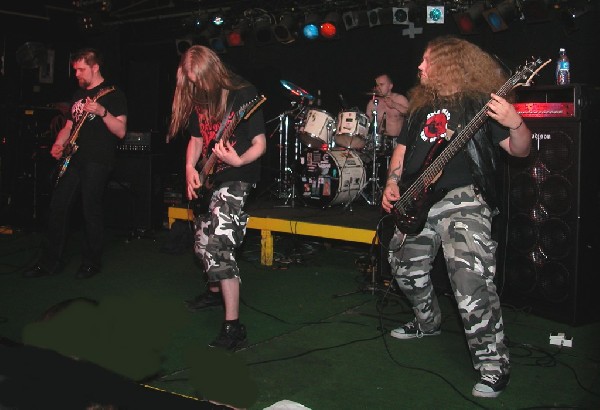 In the 1990s, mainstream media pretty much ignored heavy metal except to report on the hair bands. The fear of radicals of an unknown quantity scared them away. Then, gradually, media began to find some things in metal they could identify with. And so it became part of the news cycle, with NPR reporting on folk-metal bands and even double-breasted suit The Wall Street Journal getting into the game.

As a result, in 2013 it’s not surprising to see a mainstream newspaper covering metal, and including some of the more extreme varieties in its article. The New York Times ArtsBeat asks “Who are the best voices in heavy metal?” and comes up with a reasonable list, considering that they’re picking from four decades of metal and no conceivable list will satisfy any single metalhead or group of metalheads:

Slayer made it in, as did Sepultura. How did that happen? It could be that, as with most things mass media, this data was culled from a series of press releases or advertising partners. It’s unfortunate that this is too often the situation, even at world-renowned major papers. Equally possible is that this is what an informal survey of the metalheads in the office produced. Either way, it’s good to see this list, and it probably deserves a list of its own.

As our domain name indicates (“deathmetal.org”), we are primarily a death metal site. This means that we treat all influences on death metal, whether heavy metal or progressive rock or even Kraftwerk, as part of our world, but not really the focus. Our focus is death metal and the genres it spawned, starting with the unholy trinity of Slayer, Bathory and Hellhammer back in 1983, following what Discharge unleashed the previous year. So we thought we’d do our own list of the best voices in death metal and associated genres:

This wasn’t an easy list. There are so many vocalists who perfected the death metal growl, or adopted it as their own style, that it’s hard to assess who should go on a list of only ten items. Yet each of the vocalists above contributed to a certain use of the vocal rasp or guttural howl, and thus they all deserve a place on this list, even if we’d like to add a few more (for example, Esa Linden of Demigod or John Tardy from Obituary).

We’d like to think the NYT will read this article, drop everything, and start rockin’ out to Morbid Tales, but that’s probably a bit much to expect. We hope someday they learn to enjoy this vibrant metal subgenre and appreciate it for the unique skills it requires, and the talents it has brought forth from these musicians.