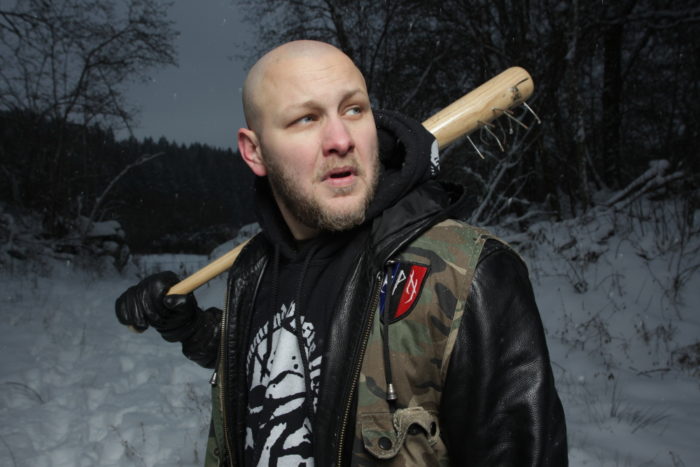 French modern black metal band Peste Noire was booted from the Blastfest 2017 festival to be held in Bergen, Norway next February after anonymous Antifa complaints.

Guitarist and frontman Famine posted the message the SJW-pandering organizers sent him to the Peste Noire Facebook page: 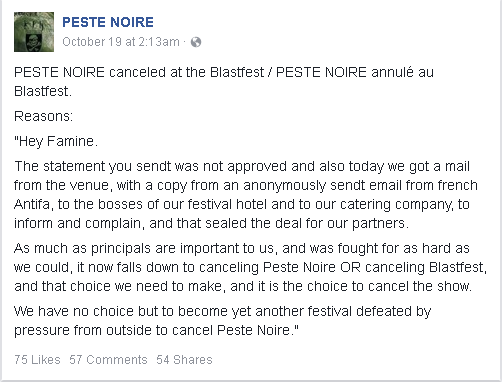 Keep in mind that social justice warrior, socialist former grindcore, currently nu-metal band Napalm Death dropped out of Blastfest due to Peste Noire’s presence. The organizers may have canceling Peste Noire to appeasing Barney Greenway’s idiotic delusions and reach into the taxpayer-lined pockets of Scandinavian socialists.

Norwegian businesses pandering to the whims of anonymous French communists is a new low. What if the Islamic fundamentalists who rule Saudi Arabia emailed the landlords of a building housing a barbecue restaurant in Memphis ordering them to stop serving pork spareribs and to ban Israelis or else? Antifa(g)s will not stop until anyone they arbitrarily designate as politically incorrect doing things they are not particularly fond of thousands of kilometers away has a hollow point shot into their brainstem. The Antifa(g)s worldview varies little from that of previous extreme leftist ideologues such as the Bolsheviks.