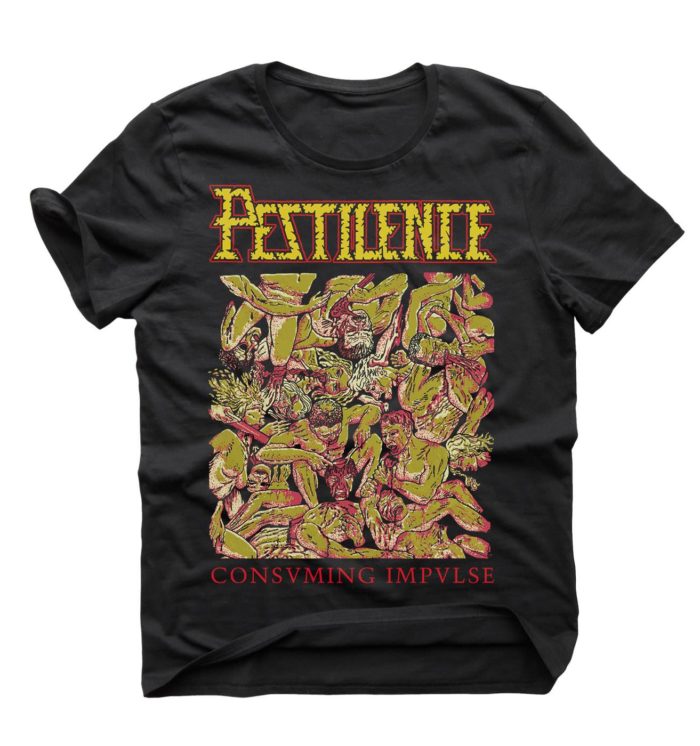 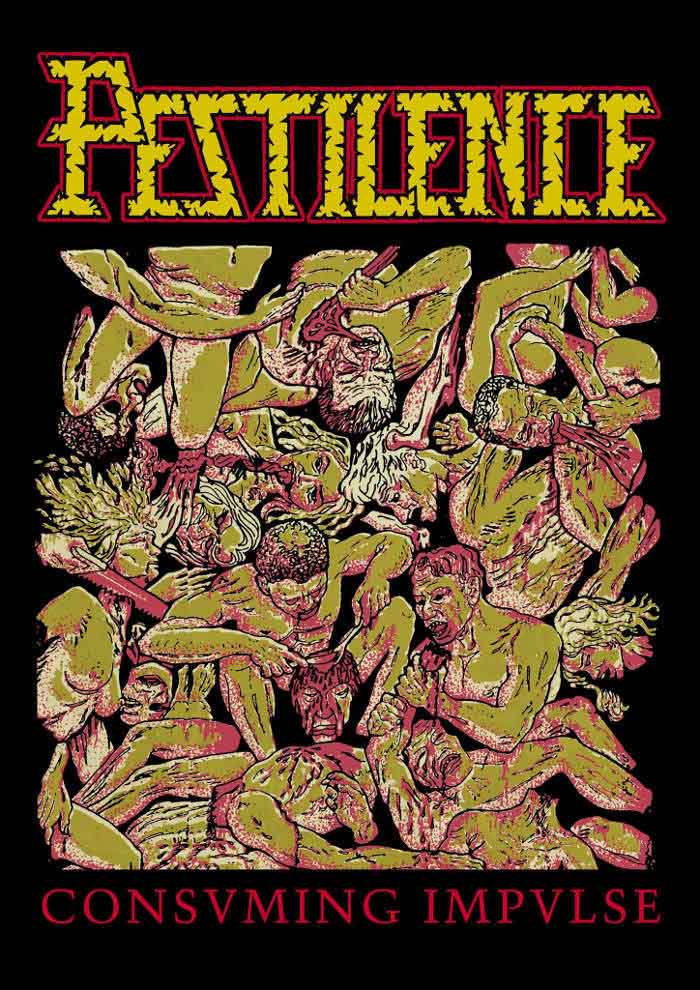 The t-shirt features Consuming Impulse‘s original cannibalistic artwork that was replaced by Roadrunner without the band’s consent back in 1989. Preorders are available from Hammerheart here.