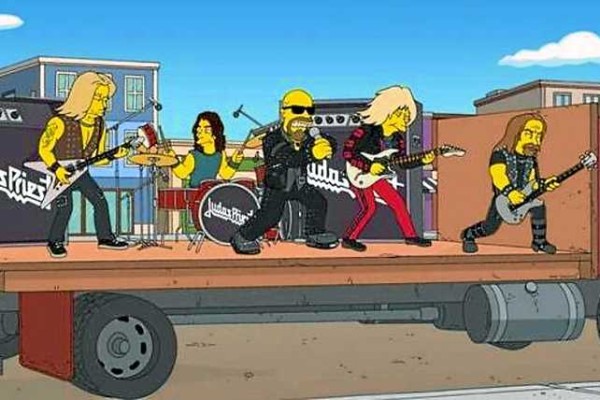 What are Sadistic Metal Reviews? Music is art when it has something to say, entertainment when it’s distracting. Since none of us have infinite time, we pick the best and strongest music we can and mock the rest. The path to true metal is littered with sweet, sweet poseur tears and the occasional gem of non-failure, a secret delight for the wary traveler… 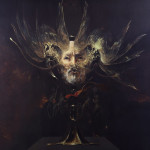 Promising to make a “statement” and deliver “art,” The Satanist summons borrowed Morbid Angel and Angelcorpse cliches thrown into a carnival style arrangement with such poor taste it makes late 90s Ancient seem good by comparison. A typical “song” — they cut this album up like a pizza because the riffs in each song have no relation to one another — begins with a slow build up that is awkwardly discarded to make room for a blasting section that sounds like Trey Azagthoth circa 2001 trying to intonate his 7 string while Pantera is rehearsing in the background and reggaeton horns are thrown over the top. If you can imagine a drunken outtake from a later Septic Flesh album that randomly ends after about 3 “riffs” that meander about without purpose are played for about 2 minutes each, that approximates the effect here. It’s not atmosphere, and it’s not death metal. It’s circus music. You will never fail to be distracted as the riffs dance past. And yet, they make no sense when put together. The only thing holding these songs together is that you know roughly when there’s going to be a chorus to tap those toes and listen for the melodic riff. Not even a crappy Gateways to Annihilation imitation act anymore, Behemoth now make it well known that they’re a merchandising front that’s somehow more shallow than recent Watain. Stupid music, regurgitated themes… this is the Marilyn Manson of “underground metal.” No, scratch that; he wrote actual songs. Lullabies for molested children struggling through impossibly awkward teenage years, perhaps, but actual songs. This is just gee-whiz riff practice with incoherent blasphemy and angsty mincing underneath the guitar masturbation. 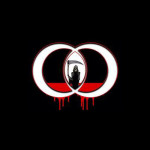 Hybridizing power metal, progressive speed metal such as Anacrusis, and death metal, San Angelo’s Obscure Oracle focuses on the newer metal styles of a stream of technical riffs but unlike the newer bands, returns to the 1980s for a chorus-focus in rhythm and riff shape which holds these songs together better than most bands can manage. The detours into instrumentals often inspired by other genres are usually pretty well managed but the problem of making them a steady feature of the stylistic canon is that they must appear frequently and they must stay distinctive, so never really fit within the composition but serve as a kind of oppositional interlude. Obscure Oracle do this better than 90% of other bands and keep the focus on the song, giving us some hope for these guys despite the unfortunate modern influences. 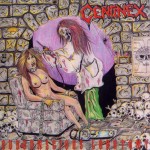 I always wondered why this album did not go farther back in the day. It had the thunderous electric distortion, heavy vocals, hardcore-style drumming (but flattened from offbeat emphasis to cadence), and everything else. Maybe it was the amateur hour cover drawing on the original? On re-listen to this beautifully re-mastered re-issue, I realize the actual problem: where Entombed was rocky, this album is death metal and punk that never picks up on a direction and so ends up back in rock ‘n’ roll. It sounds like regression. Entombed’s songs expanded out into these soundtrack-influenced beautiful sections that gave them death and intensity. This thrashes around, then ends up on bouncy hard rock riffs. Even more, it’s almost strictly verse-chorus without allowing for melodic development between the two. Thus, it trudges. Repetition emerges. It feels like being lost in the back alleys of an unfamiliar city, and the sensation is akin to boredom. The story the record labels want you to believe is that somewhere, someone buried a lost cache of genius Swedish death metal under a carpet somewhere. The reality is that it was a relatively small group of people who figured it out and everyone else missed the boat not through lack of opportunity but lack of cognition. 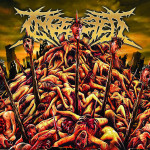 Ingested – Revered by No-One, Feared by All

Another worthless band that plays jockcore masquerading as a death metal band. Nothing about this album is morbid, sinister, or “brutal”. It’s just a bunch of stop-start mechanical rap/rock grooves sandwiched between random Cryptopsy (circa the “wearing Earth Crisis sweatpants promo pics” bad years) blasting randomness without any rhyme or reason. Do you enjoy opening storage containers with your face? Do you know how quickly you can shotgun a PBR if it’s room temperature and the game is in two hours? Put on those wife beaters, cheer for the team, and here’s some tailgate party slam death metal brocore to get the night started! If Pyrexia were tasked with rewriting Machine Head’s Burn My Eyes in a way that would appeal even more to Wu-Tang Clan fans, this EP would be the result. This “slam” garbage is Tupac with better merchandising, but since the cover art here is crappier than what they had on their debut, it seems they’re failing as being a merchandising brand used to sell “death slammer bro” lifestyle products to confused backward ball-cap fratboys as well. Another drink coaster that might as well say Aborted or Skinless on it. 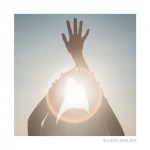 It has become painfully obvious that the lucrative bandwagon of “post-black metal” has headed off the road and is now tumbling down a gentle hillside, to be followed by a sudden drop into total irrelevance. This won’t be surprising to those who recognized “post-black”, sludge, shoegaze, indie-metal, etc. as basically warmed over 1980s emo music. At this point, Alcest sounds about like the average generic indie rock band as these artists and their fan bases stop with the lies and come to terms with what they really want to hear: socially acceptable whine rock. If you ever want to know what a lobotomy feels like, give this track a listen. You will feel emotion on the surface, followed by an emptiness which is your brain recognizing the total lack of content other than a veneer of meaningful music. There will be wheedly-wheedly guitars, extensive arrangements that go nowhere, vocal posturing and lots and lots of false drama like that diabetes-inducing icing they spread on the cheap cakes at American grocery stores. Everything is on the surface however, designed to fool you like a Those who value their mortality, stay far away from this brain bleaching turd. 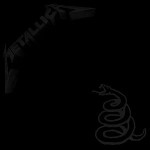 While it may be unfair to classify this as the first “commercial speed metal” album, it certainly was the most breathtaking example of a band choosing profit over artistry. We all know they’re out there: the vast horde of people who will buy just about anything as long as you dumb it down so it doesn’t confuse them. They like verse-chorus structures, gentle melodies, pentatonic soloing and big buoyant 4/4 verses. Metallica took one look at this audience and thought, “Well, Cliff’s dead — he’ll never know!” and so they made an album after the butt-rock that sold out in the decade before Metallica was formed. If you’re thinking Boston and REO Speedwagon with more muted E chords, you’re right! The continuation of …and Justice for All‘s proto-nu-metal stop-start riffs combined with adult contemporary crooner vocals and rock-style song structures represent a distillation of the lowest elements of metal in a form suitable for easy consumption by the masses. It’s not technically incompetent, and in fact is reasonably well-executed, if you’re expecting rock music. It misses the point of metal song construction and instead is rehashing the blues-rock and stadium country hits from the 1970s. This is the album most people think of when they hear the term “heavy metal” — and we wonder why they find it hard to respect heavy metal from that point on. Abandon all hope, ye who go down this path of listening. 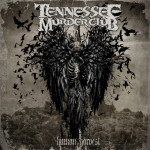 Promising a “timeless” death metal album, this immediately sounds unlike anything a self-respecting fan of death metal fan would listen. Never mind the off putting metalcore vocals and modern guitar tone (plus the stupid metalcore band name and logo), under the surface this is Lamb of God with “horror” riffs thrown in random arrangements. With albums like this alongside Repugnant and Entrails, the blame could always be placed on Bloodbath for mixing Pantera mall grooves with generic third tier Entombed wannabe Stockholm death metal and creating a new lifestyle product for mainstream “headbangers” during their interim between Slipknot and the Dave Matthews Band. “Death metal” for angry truck drivers. So it’s really just Pantera with tremolo picking, and I wouldn’t wish for this rancid batch of sonic diarrhea to befall the ears of even my worst enemy. 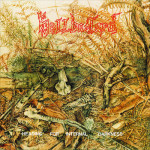 Debut album from the band that likely coined the term ‘crust’, this ambitious work falls short of excellence due to a few unusual and unsavory choices in aesthetic and composition. First, though certain songs pick up the pace much of this album sticks to one or two tempos? a bit more variation (such as the track “Civilized”) would be welcome. Second, poorly and sometimes awkwardly inserted female vocals are placed in parts of songs where the riff should instead be emphasized. It doesn’t take much to filter them out, but it would be far better without them? they add nothing to the music and in some cases detract from it (the faster section of “Death Camp” is a prime example). Otherwise, this is an energetic and spirited work. Chunky speed metal riffing mixed with thrash and early death metal touches compliments a loose­playing drummer. There’s an unhindered exuberance to the performance which echoes the best of hardcore punk. Basically sounds like early Metallica or Exodus mixed with Amebix, Crass, and Discharge. Its flaws hinder it from truly ascending to the top, but this is still a solid album that ranks in the top 5% of the crust genre. 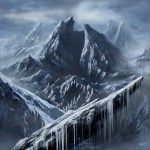 Apart from growling and blast beats, this is nu-mu. Rap/rock chugging thuds (djent) and “ambient” synth/sampling forays in guitar driven rhythm oriented songs (where attention is given to vocal rhythms) give this more of a Korn character than anything else. This is a produced to perfection turd of a release that was no doubt made to pacify the simple minds of neckbeards that spend too much free time on Facebook. Songs go nowhere, literally being a series of blocky rhythmic chugging sequences reiterated in different ways. It’s monotonous and stupid. The solo “metal” project of a dubstep producer, this release borrows the surface aesthetic from “brutal death metal”, but accomplishes little more than sounding like a more “extreme” Slipknot. Considering the interest in this project has more to do with its merchandising and the personality behind it all, it’s no surprise all of this “slam” vapidity functions as an embarrassing social tool for indie-rockers and hipsters: another lifestyle product that under the surface of “crazy music”, provides more of the same disposable radio rock. 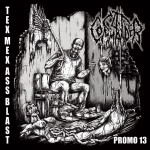 How can you hate a record with this hilarious title? That’s what they’re hoping your friends will say to you. They only need to fool you for about thirty minutes, long enough to place that order and slide that card. Then the sale is made and everyone wins… at the label. The fact is that if you buy this, you’ve not only wasted money but done something stupid enough that you really should end your life! This is predictable death-grind of the mid-paced variety that specializes in linear riffs and abrupt tempo changes that lead nowhere. Song construction is circular and yet still manages to be disordered. If you already feel a massive ennui overwashing you such that you no longer care if you live or die, imagine listening to it. It’s worse.