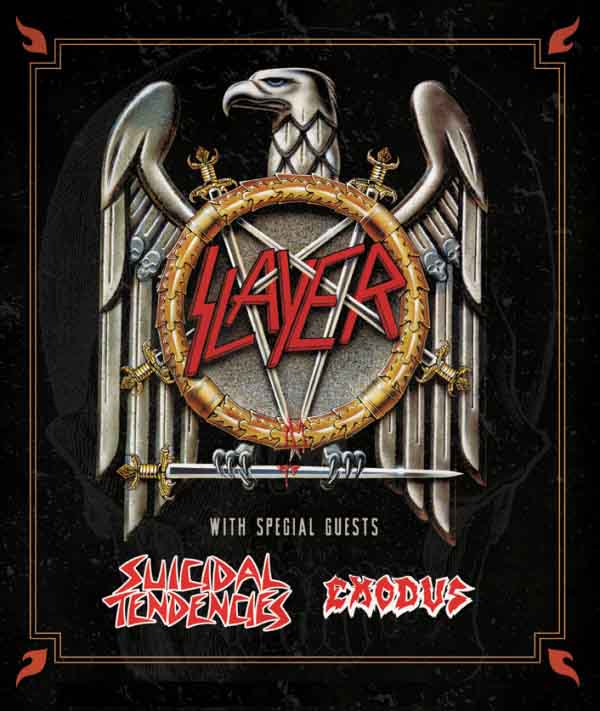 Those who read this site on a regular basis know of our devotion to the unholy triad who invented underground metal, namely Slayer, Hellhammer and Bathory. You can see one of these bands, albeit missing one original guitarist and drummer, as Slayer comes to your town this may.

2013 brought some good and some bad, but the shockingly and disturbingly bad was the loss of Slayer’s Jeff Hanneman. Nothing can really be said here except that he was the voice of a generation — Generation X — and one of the few people to spin a truthful line about reality instead of writing “yeah yeah yeah” and some chat about hooking up with girls in discotheques.

With Gary Holt (Exodus) on guitars and Paul Bostaph (Forbidden) on drums, Slayer rattles onward with original members Tom Araya and Kerry King rounding out the lineup. With tourmates Suicidal Tendencies and Exodus, both members of that liminal time in the early 1980s when all of these genres formed, Slayer will be visiting the following cities in May, with more dates to be posted soon: