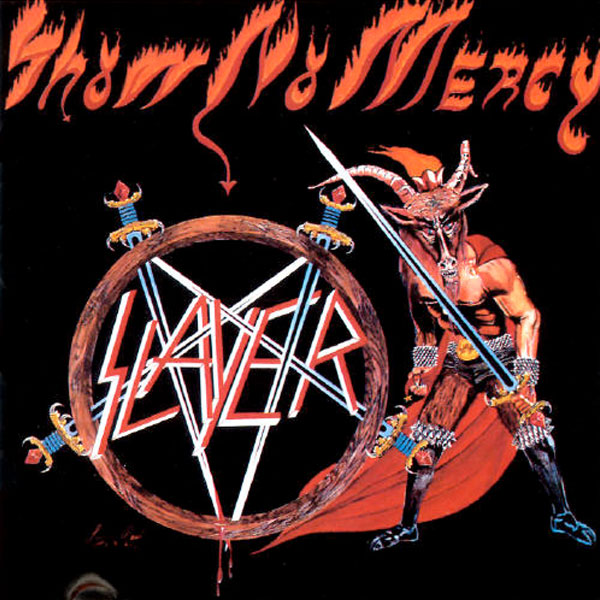 Three decades ago, on December 3, 1983, Slayer unleashed Show No Mercy upon an ungrateful world. This event changed more than one band’s future; it helped launch the next generation in metal.

Combining the fluid tremolo strum of hardcore punk with the melodic song structures of Iron Maiden and the angular, rhythmically precise riffing of Judas Priest, Slayer sculpted from raw elements the future of death metal. With the guitars freed from having to emphasize offbeats, riffs became more fluid and tended toward phrases, jazz-style, instead of bouncy percussion in the style of rock.

This broke metal free from much of what had kept it confined by allowing guitar to become the primary lead instrument in every sense. Rhythmically, melodically and in developing song structure, the guitar dominated and aligned every other instrument including voice behind it. The result was a new flexibility in songwriting that helped launch the genres death metal, black metal, grindcore and thrash.

In addition, Slayer converted heavy metal’s flirtation with the occult from a type of provocation to the easily offended, to a mythological view in which dark occult forces manipulated the weakest among humans in a quest for world destruction. They were thus able to symbolize the darkness, corruption and mental servitude they saw in the society around in the religious symbols of centuries before.

The result was a form of music more powerful and intense than anything before. The band came into their own on the following three albums, relying less on the heavy metal tropes from before and developing their own language in a proto-death-metal style. But it all began with Show No Mercy.